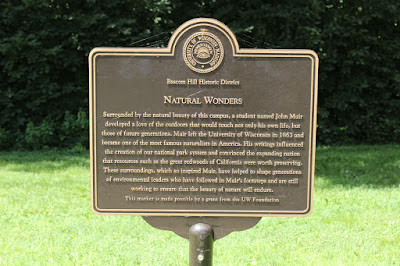 Surrounded by the natural beauty of this campus, a student named John Muir developed a love of the outdoors that would touch not only his own life, but those of future generations. Muir left the University of Wisconsin in 1863 and became one of the most famous naturalists in America. His writings influenced the creation of our national park system and convinced the expanding nation that resources such as the great redwoods of California were worth preserving. These surroundings, which so inspired Muir, have helped to shape generations of environmental leaders who have followed in Muir's footsteps and are still working to ensure that the beauty of nature will endure.


The marker is located at Muir Woods on the UW-Madison campus, on westbound Observatory Drive, east of its intersection with Lincoln Drive, Madison, Wisconsin 53706.


NOTE: Driving around and parking at the UW-Madison campus is pretty intense. Be sure to check the Google Map (above) and campus maps (below) before heading out. 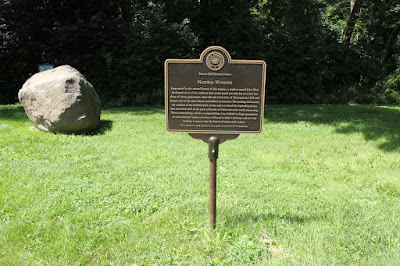 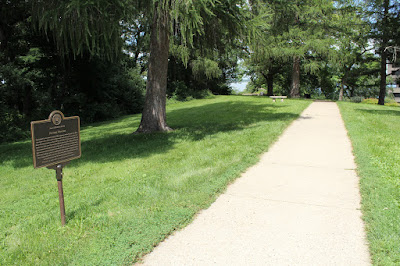 The pathway that leads into Muir Woods. 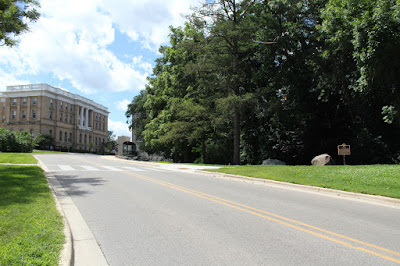 Looking west along Observatory Drive, with the marker visible to the right. 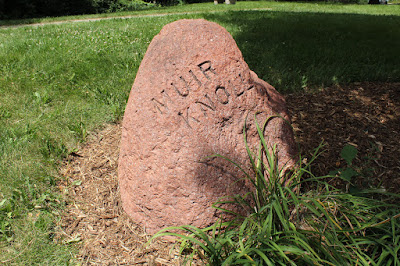