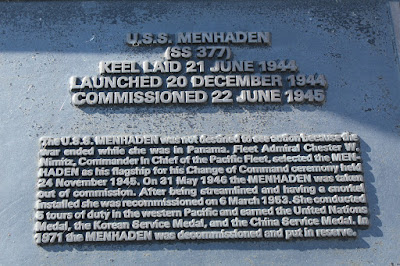 The U.S.S. MENHADEN was not destined to see action because the war ended while she was in Panama. Fleet Admiral Chester W. Nimitz, Commander in Chief of the Pacific Fleet, selected the MENHADEN as his flagship for his Change of Command ceremony held 24 November 1945. On 31 May 1946 the MENHADEN was taken out of commission. After being streamlined and having a snorkel installed she was recommissioned on 6 March 1953. She conducted 5 tours of duty in the western Pacific and earned the United National Medal, the Korean Service Medal, and the China Service Medal. In 1971 the MENHADEN was decommissioned and put in reserve. 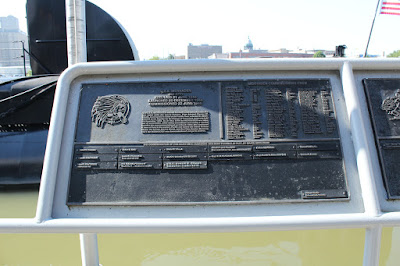 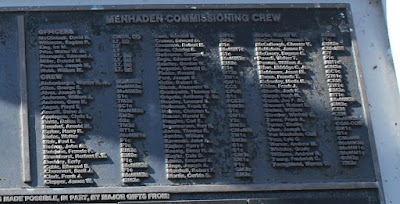 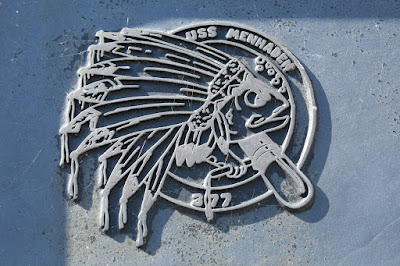 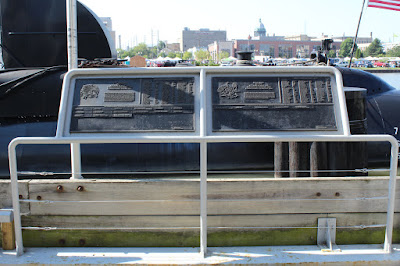 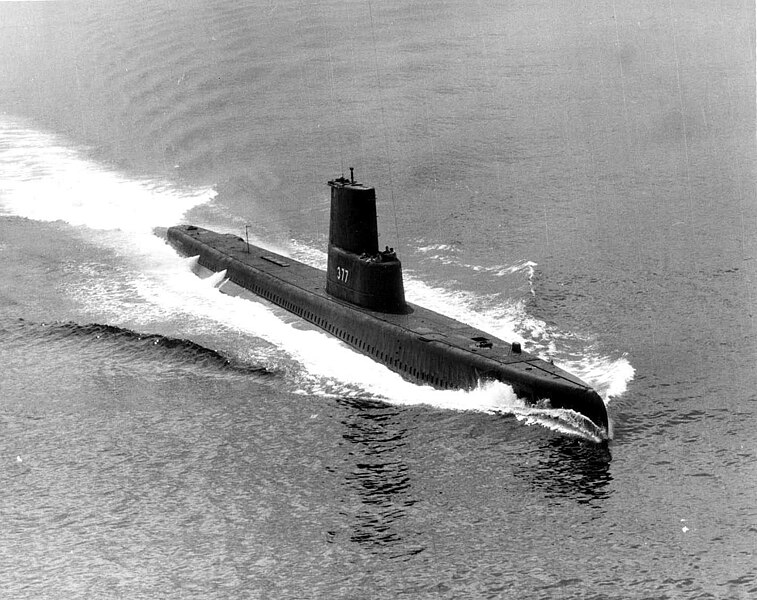 Starboard side view of the Menhaden (SS-377) underway, circa 1961
This media file is in the public domain.
Click here for more information. 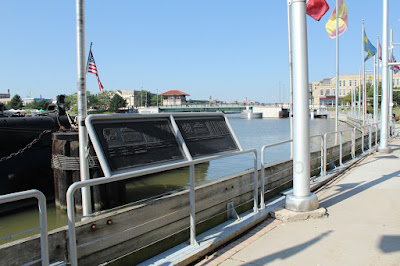