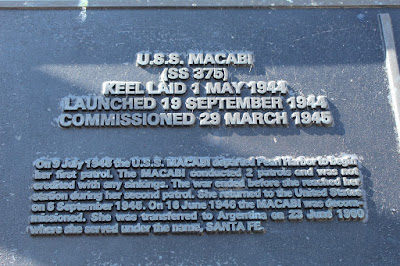 On 9 July 1945 the U.S.S. MACABI departed Pearl Harbor to begin her first patrol. The MACABI conducted 2 patrols and was not credited with any sinkings. The war ended before she reached her station during her second patrol. She returned to the United States on 5 September 1945. On 16 June 1946 the MACABI was decommissioned. She was transferred to Argentina on 23 June 1960 where she served under the name, SANTA FE. 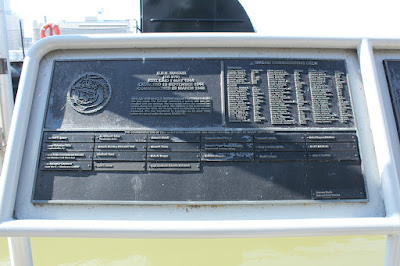 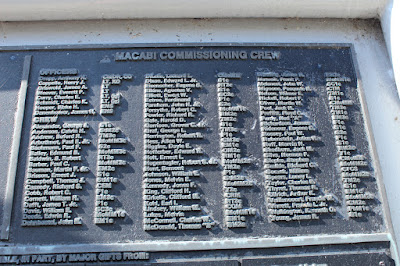 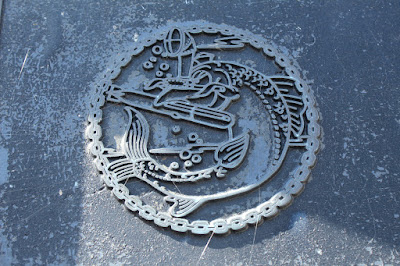 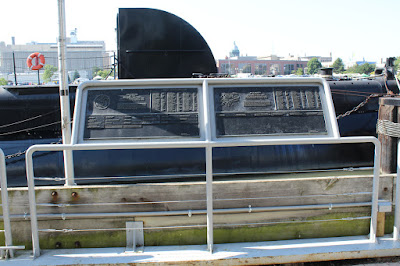 Macabi (SS-375), starboard side view, possibly just prior to being transferred
to Argentina under the Military Assistance Program 11 August 1960
and being renamed SANTIAGO DEL ESTERO (S-12)
This media file is in the public domain.
Click here for more information. 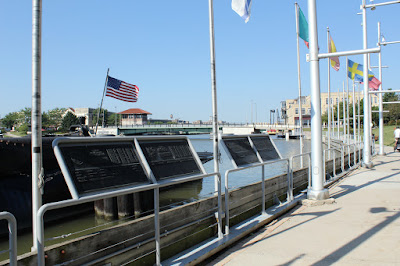