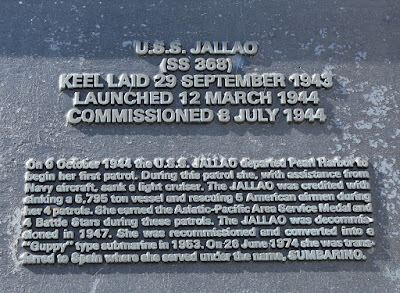 On 9 October 1944 the U.S.S. JALLAO departed Pearl Harbor to begin her first patrol. During this patrol site, with assistance from Navy aircraft, sank a light cruiser. The JALLAO was credited with sinking a 5795 ton vessel and rescuing 5 American airmen during her 4 patrols. She earned the Asiatic-Pacific Area Service Medal and 4 Battle Stars during these patrols. The JALLAO was decommissioned in 1947. She was recommissioned and converted into a "Guppy" type submarine in 1952. On 26 June 1974 she was transferred to Spain where she served under the name, SUMBARINO. 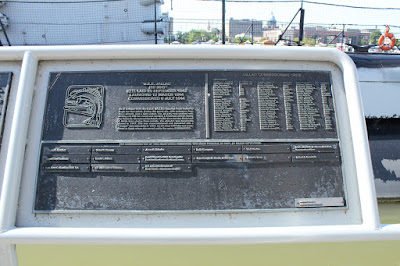 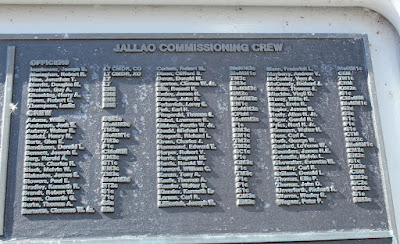 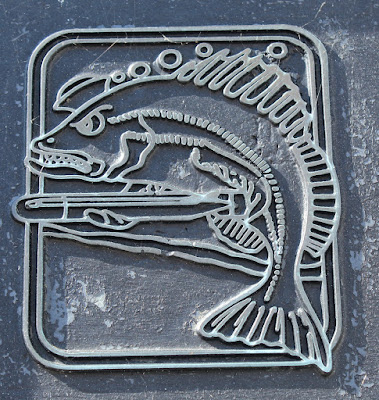 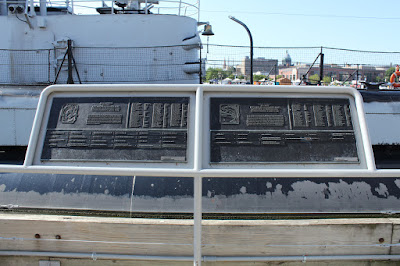 Jallao (SS-368), after Guppy IIA conversion underway, mid 1950's,
location unknown. Transferred to the Spanish Navy in 1975 and renamed
S-35 Narciso Monturiol (not to be confused with S-33 Narciso Monturiol).
This media file is in the public domain.
Click here for more information.