To Honor Those Who Served 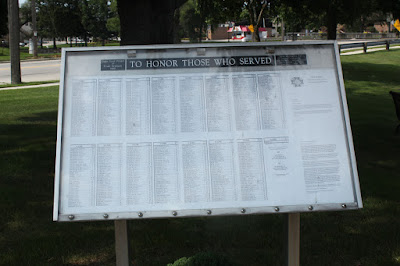 IN MEMORY OF THOSE WHO SERVED
(See close up of each panel, below)

To who [sic] it may concern:

I am writing to inform you that Boy Scout Evan Grybush of Kiel Troop 833 has successfully completed his Eagle Project at Veterans Park in the City of Kiel as of January 12, 2009. This project is most beneficial to our Post as we now have an alphabetical list of all men and women whose names are engraved on approximately 400 some bricks. His dedication, leadership and hard work speaks highly of Evan and his family.

We are at the Kiel Veterans of Foreign War Post 6707 are most thankful for Evan’s efforts and greatly appreciate what he has done to help us continue to strife in beautifying Veterans Park. The City of Kiel also can be very proud of this fine young man for what he has done to become an Eagle Scout. 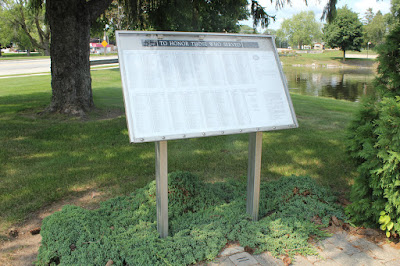 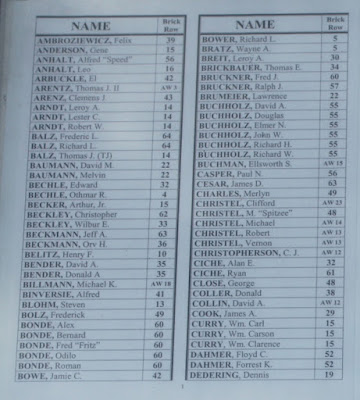 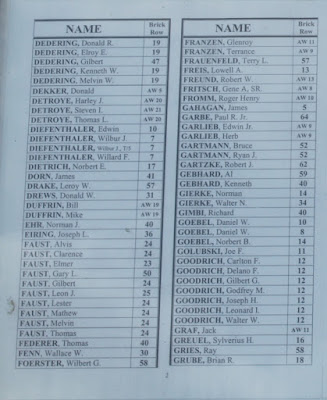 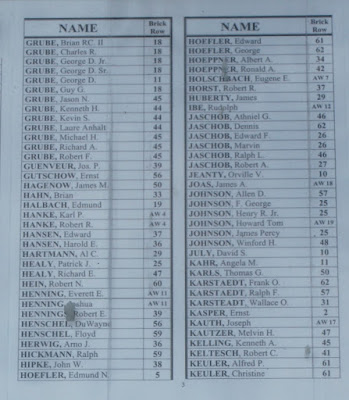 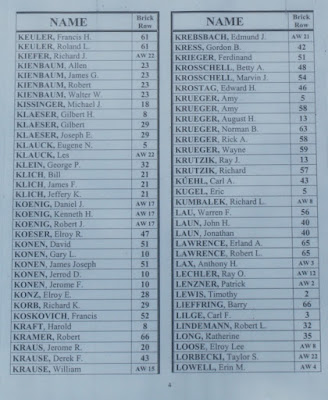 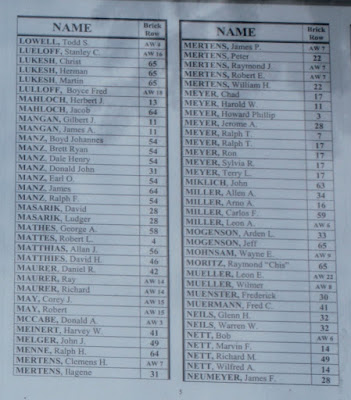 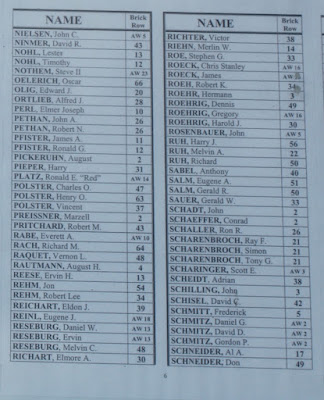 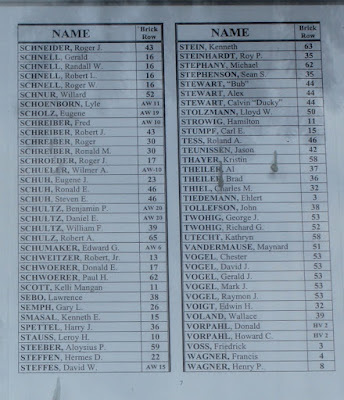 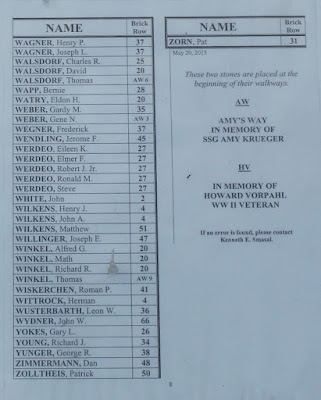 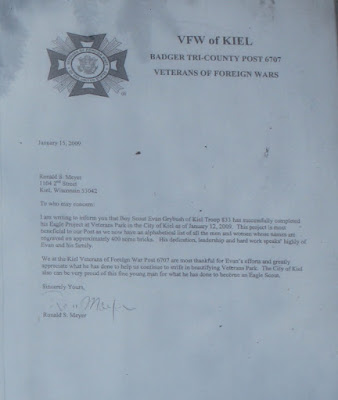 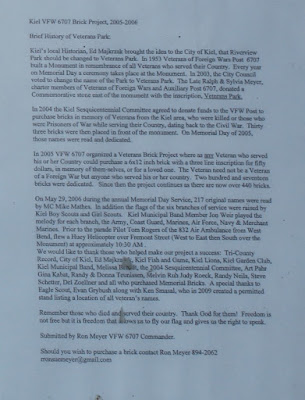 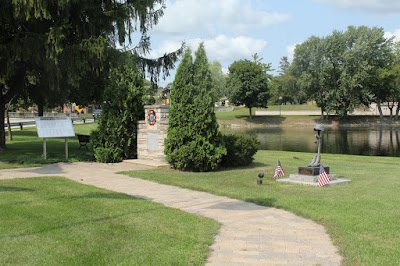 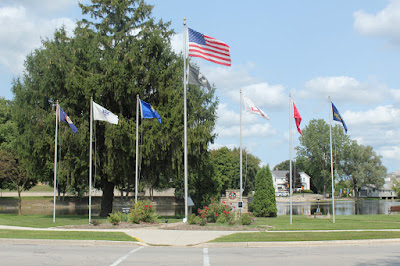 The memorial is part of the Kiel Veterans Memorial. 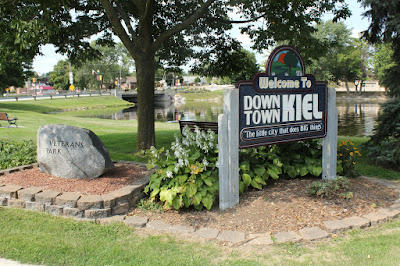 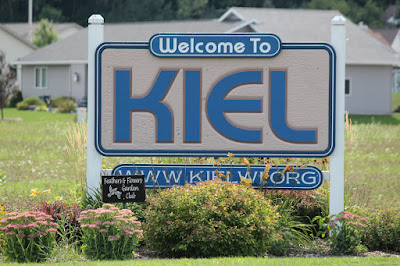 The memorial is located in Kiel, Wisconsin.