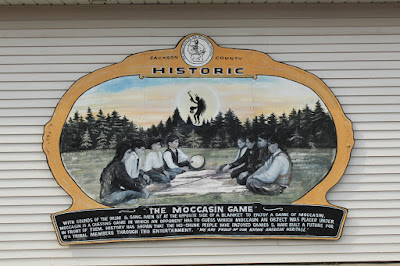 With the sounds of drum & song, men sit at the opposite side of a blanket to enjoy a game of Moccasin. Moccasin is a guessing game in which an opponent has to guess which moccasin an object was placed under in front of them. History has shown that the Ho-Chunk people have enjoyed games & have built a future for it's [sic] tribal members through this entertainment. "We are proud of our Native American heritage."

The mural is affixed to the south side of the Allied Health building, and is accessible from westbound East Main Street / Wisconsin Highway 54, just west of its intersection with Cedar Street, at or near 3 East Main Street, Black River Falls, Wisconsin 54615.


Click here for a list of all murals photographed to date and to learn more about the mural project. 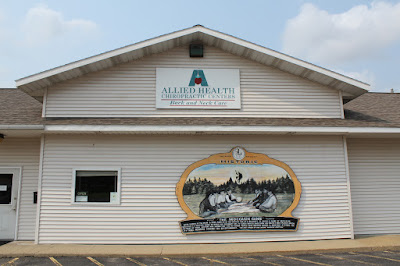 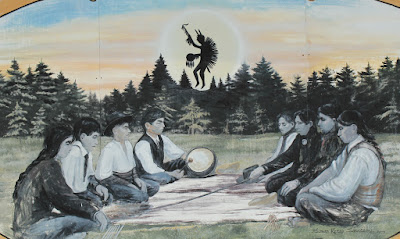 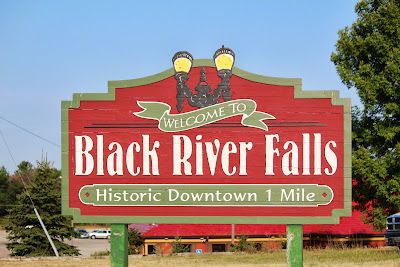