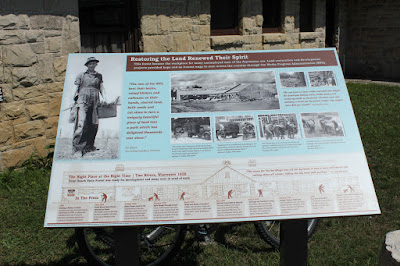 This forest became the workplace for many unemployed men of the depression era. Land restoration and development projects provided hope and an honest wage to men across the country through the Works Progress Administration (WPA).

The marker is located at the entrance to the Nature Center at Point Beach State Forest, 9400 County Highway O, Two Rivers, Wisconsin 54241. 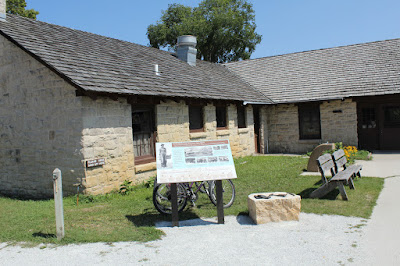 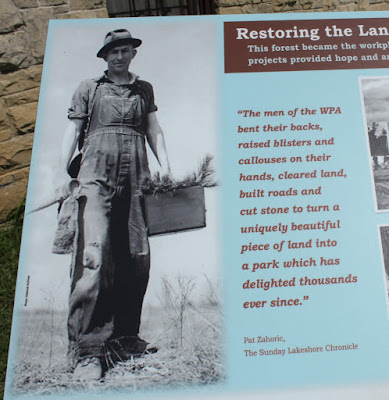 "The men of the WPA bent their backs, raised blisters and callouses on their hands, cleared land, built roads and cut stone to turn a uniquely beautiful piece of land into a park which has delighted thousands ever since."
Pat Zahoric
The Sunday Lakeshore Chronicle 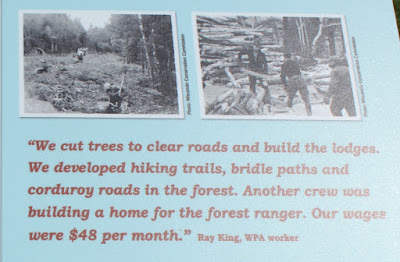 "We cut trees to clear roads and build the lodges. We developed hiking trails, bridle paths and corduroy roads in the forest. Another crew was building a home for the forest ranger. Our wages were $48 per month." Ray King, WPA worker 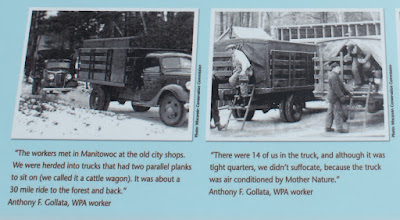 [photo left] "The workers met in Manitowoc at the old city shops. We were herded into trucks that had two parallel planks to sit on (we called it a cattle wagon). It was about a 30 mile ride to the forest and back."
Anthony G. Gollata, WPA worker

[phone right] "There were 14 of us in the truck, and although it was tight quarters, we didn't suffocate, because the truck was air conditioned by Mother Nature."
Anthony F. Gollata, WPA worker 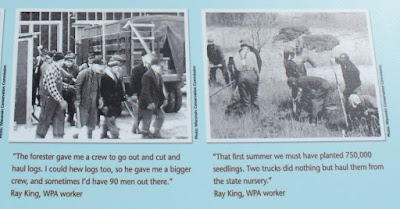 [photo left] "The forester gave me a crew to go out and cut and haul logs. I could hew logs too, so he gave me a bigger crew, and sometimes I'd have 90 men out there."
Ray King, WPA worker

[photo right] "That first summer we must have planted 750,000 seedlings. Two trucks did nothing but haul them from the state nursery."
Ray King, WPA worker

The Right Place at the Right Time | Two Rivers, Wisconsin 1938
Point Beach State Forest was ready for development and many were in need of work
[click on the photos below to enlarge and read] 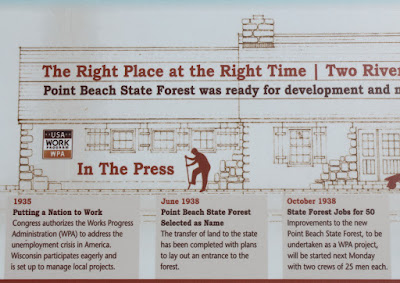 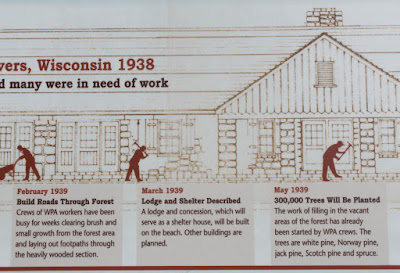 "The stone for the buildings was all cut by hand. It was a very cold winter job,
cutting stone all winter, lifting the big ones with pulleys."
Ray King, WPA worker 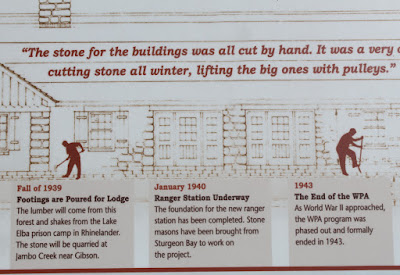 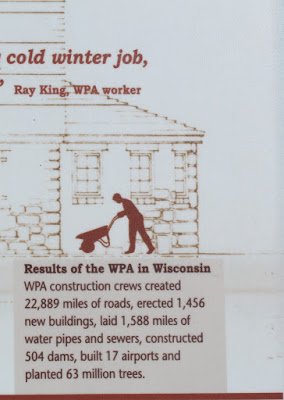 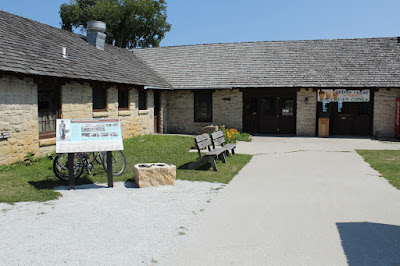 The marker is located at the entrance to the Nature Center. 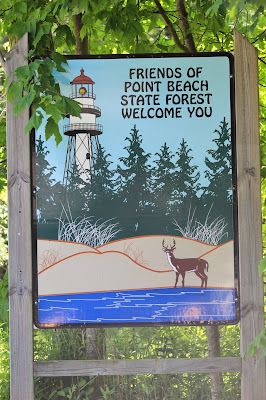 But not your pup! The most dog-unfriendly state park I've ever visited! 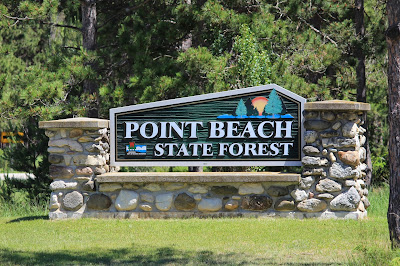 The marker is located at Point Beach State Forest.