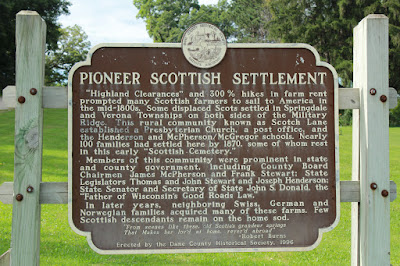 "Highland Clearances" and 300% hikes in farm rent prompted many Scottish farmers to sail to America in the mid-1800s. Some displaced Scots settled in Springdale and Verona Townships on both sides of the Military Ridge. This rural community known as Scotch Lane established a Presbyterian Church, a post office, and the Henderson and McPherson/McGregor schools. Nearly 100 families had settled here by 1870, some of whom rest in this early "Scottish Cemetery."

Members of this community were prominent in state and county government, including County Board Chairmen James McPherson and Frank Stewart; State Legislators Thomas and John Stewart and Joseph Henderson; State Senator and Secretary of State John S. Donald, the "Father of Wisconsin's Good Roads Law."

In later years, neighboring Swiss, German and Norwegian families acquired many of these farms. Few Scottish descendants remain on the home sod.

"From scenes like these, old Scotia's grandeur springs
That Makes her lov'd at home, rever'd abroad"
-Robert Burns


The marker is located at Oak Hill Cemetery on westbound County Highway G, at its intersection with North Kollath Road, Verona, Wisconsin 53593. 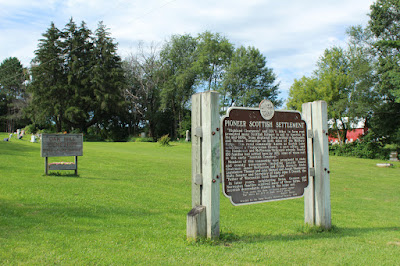 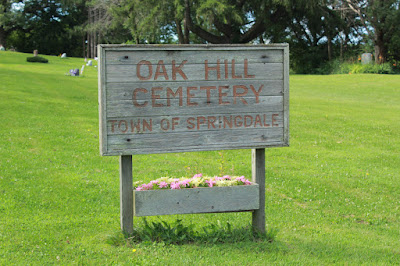 The marker is located at Oak Hill Cemetery. 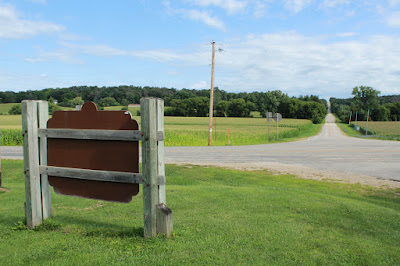 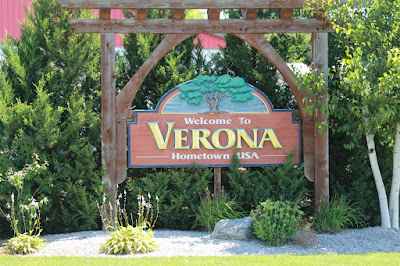 The marker is located in Verona, Wisconsin.