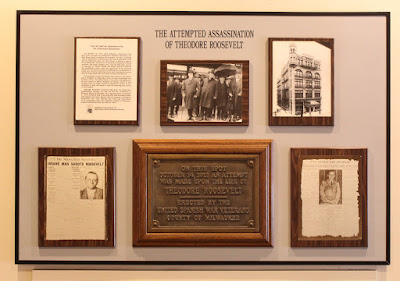 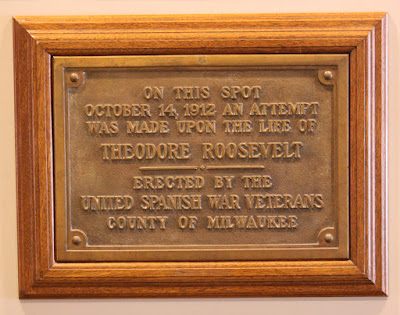 The marker is located inside the Hyatt Regency Milwaukee, at the North Old World 3rd Street entrance. The hotel is located at 333 West Kilbourn Avenue, Milwaukee, Wisconsin 53203.

NOTE: The marker was originally affixed to the outside of the Gilpatrick Hotel, on Third Street near Wells. The Gilpatrick Hotel opened in 1907; all but a small portion of the ground floor was razed in the early 1940's. 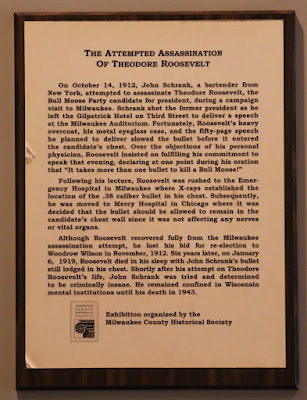 THE ATTEMPTED ASSASSINATION
OF THEODORE ROOSEVELT

On October 14, 1912, John Schrank, a bartender from New York, attempted to assassinate Theodore Roosevelt, the Bull Moose Party candidate for president, during a campaign visit to Milwaukee. Schrank shot the former president as he left the Gilpatrick Hotel on Third Street to deliver a speech at the Milwaukee Auditorium. Fortunately, Roosevelt's heavy overcoat, his metal eyeglass case, and the fifty-page speech he planned to deliver slowed the bullet before it entered the candidate's chest. Over the objections of his personal physician, Roosevelt insisted on fulfilling his commitment to speak that evening, declaring at one point during his oration that "It takes more than one bullet to kill a Bull Moose!"

Following his lecture, Roosevelt was rushed to the Emergency Hospital in Milwaukee where X-rays established the location of the .38 caliber bullet in his chest. Subsequently, he was moved to Mercy Hospital in Chicago where it was decided that the bullet should be allowed to remain in the candidate's check wall since it was not affecting any nerves or vital organs.

Although Roosevelt recovered fully from the Milwaukee assassination attempt, he lost his bid for re-election to Woodrow Wilson in November, 1912. Six years later, on January 6, 1919, Roosevelt died in his sleep with John Schrank's bullet still lodged in his chest. Shortly after his attempt on Theodore Roosevelt's life, John Schrank was tried and determined to be criminally insane. He remained confined in Wisconsin mental institutions until his death in 1943. 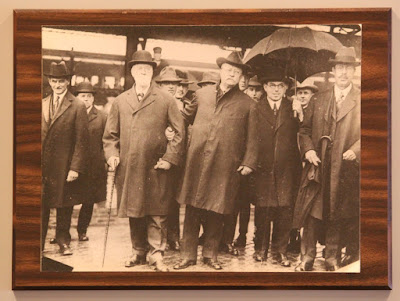 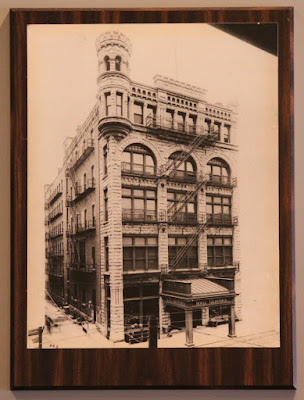 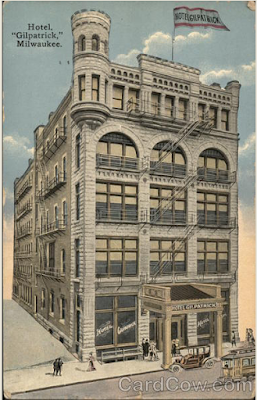 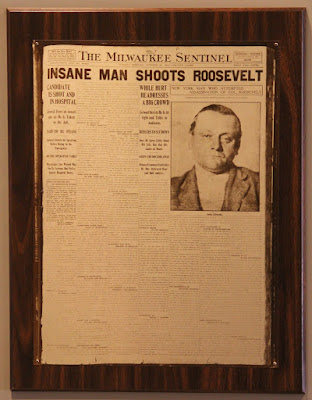 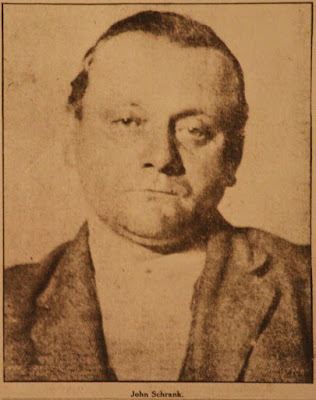 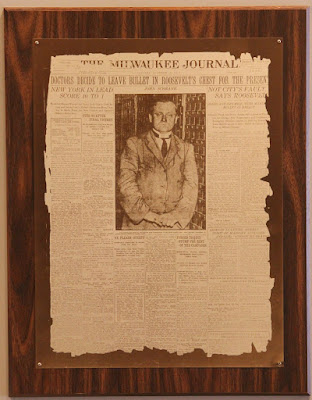 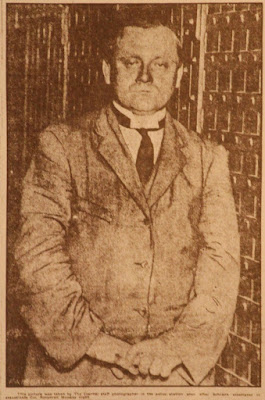 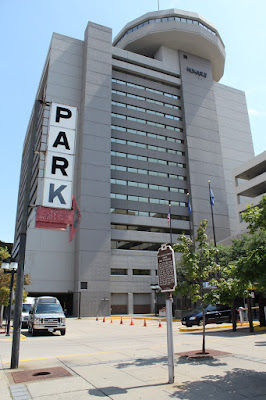 The marker is located the Hyatt Regency in Milwaukee, Wisconsin.