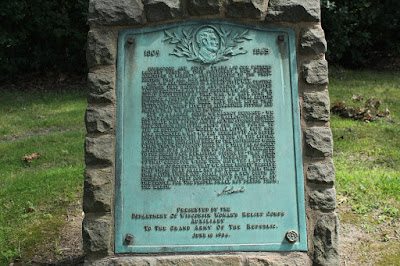 The Gettysburg Address memorial is located adjacent to the parking lot at Pierce Park, Appleton, Wisconsin 54914.

The Appleton Spanish War Veterans Memorial,
visible in the distance, to the right. 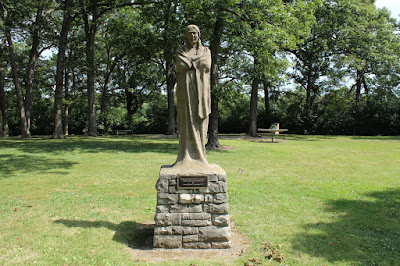 The memorial is behind the
Commemorating Our Native Americans statue. 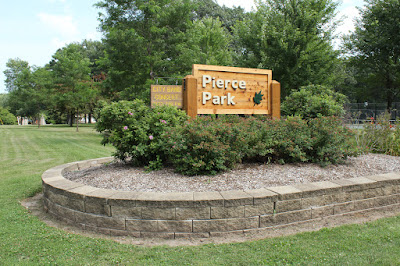