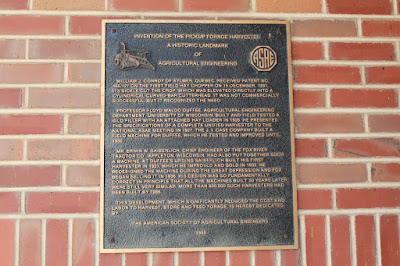 William J. Conroy of Aylmer, Quebec, received Patent No. 465,127 on the first field hay chopper on 15 December, 1891. Its sickle cut the crop, which was elevated directly into a cylindrical curved-bar cutterhead. It was not commercially successful, but it recognized the need.

Professor Floyd Waldo Duffee, Agricultural Engineering Department, University of Wisconsin, built and field tested a silo filler with an attached hay loader in 1926. He presented the specifications of a complete unified Harvester to the national ASAE meeting in 1927. The J.E. Case Company built a field machine for Duffee, which he tested and improved until 1930.

Mr. Erwin W. Saiberlich, Chief Engineer of the Fox River Tractor Co., Appleton, Wisconsin, had also put together such a machine. At Duffee's urging Saiberlich built his first Harvester in 1931, which he improved and sold in 1932. He redesigned the machine during the Great Depressing and Fox began selling it in 1936. His design was so fundamentally correct in principle that all the machines built 50 years later were still very similar. More than 600,000 such Harvesters had been built by 1986.

This development, which significantly reduced the cost and labor to harvest, store and feed forage, is hereby dedicated by:

The American Society of Agricultural Engineers
1988


The marker is affixed to the west side of the Agricultural Engineering Laboratory building, and is accessible from southbound Elm Drive, at its intersection with Observatory Drive, at or near 540 Elm Drive, Madison, Wisconsin 53911.

NOTE: Driving around and parking at the UW-Madison campus can be harrowing, although this location is easy to locate and access. Even so, be sure to check the Google Map (above) and campus maps (below) before heading out.

The American Society of Agricultural and Biological Engineers (ASABE) is an international professional society devoted to agricultural and biological engineering. It was founded in December of 1907 at the University of Wisconsin-Madison as the American Society of Agricultural Engineers (ASAE) and is now based in St. Joseph, Michigan. Today the organization has about 9000 members in over 100 countries. ASABE serves many functions: it provides a forum for communication of research findings through conferences, scientific journals, and a magazine; it develops standards of practice; it provides opportunities for members to network. 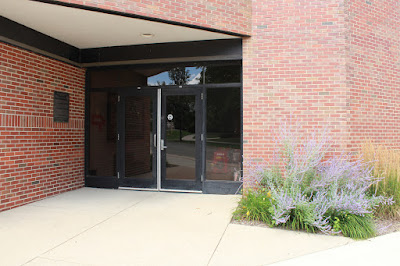 The marker is affixed to the facade, to the left of the east entrance to the
Agricultural Engineering Laboratory building.


The marker has its own video! How cool is that!!?? 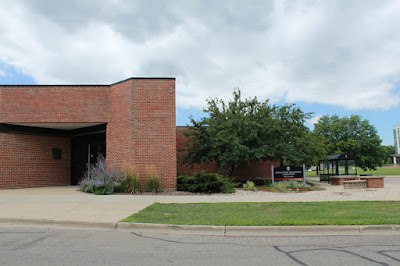 The marker is visible in the shade, to the left.

The marker is located on the UW-Madison Campus.