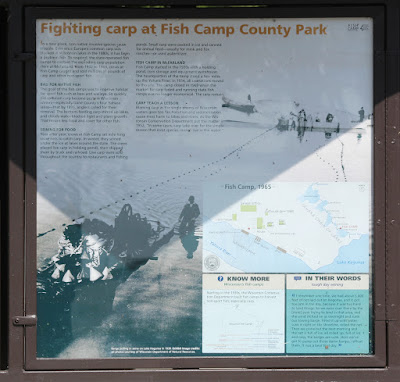 In a new place, non-native invasive species cause trouble. Ever since Europe's common carp was stocked in Wisconsin lakes in the 1880s, it has been a problem fish. To respond, the state-operated fish camps to contain the exploding carp population. Here at McFarland, from 1932 to 1969, crews at Fish Camp caught and sold millions of pounds of carp and other non-sport fish.

BAD FOR NATIVE FISH
The goal of the fish camps was to improve habitat for sport fish such as bass and walleye. So quickly did common carp become pests in Wisconsin waters -- especially Dane County's four Yahara lakes -- that by 1895, anglers called for their removal. The bottom-feeding carp stirred up lakes, and cloudy water blocked light and plant growth. That meant less food and cover for other fish.

SEINING FOR FOOD
Year after year, crews at Fish Camp set mile-long seine nets to catch carp. In winter, they seined under the ice at lakes around the state. The crews placed live carp in holding ponds, then shipped them by truck and railroad. Live carp were sold throughout the country to restaurants and fishing ponds. Small carp were packed in ice and canned for animal feed -- usually for mink and fox ranches -- or used as fertilizer.

FISH CAMP IN McFARLAND
Fish Camp started in the 1930s with a holding pond, corn storage and equipment warehouse. The headquarters of the camp stoop a few miles up the Yahara River. In 1954, all operations moved to this site. The camp closed in 1969 when the market for carp faded and running state fish camps was no longer economical. The carp remain.

CARP TEACH A LESSON
Blaming carp as the single enemy of Wisconsin waters goes too far. Pollution and sedimentation cause most harm to lakes and rivers. As the Wisconsin Conservation Department put the matter in 1952, "In some cases, carp take over for the simple reason that most species cannot live in the water." 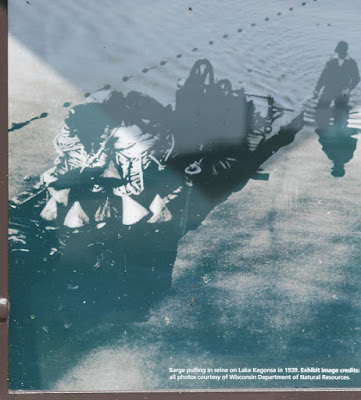 Barge fulling in seine on Lake Kegonsa in 1939. Exhibit Image credits: all photos courtesy of Wisconsin Department of Natural Resources. 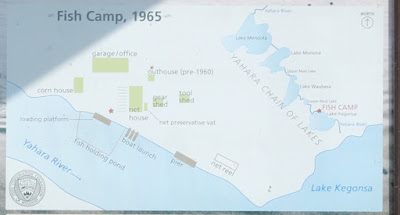 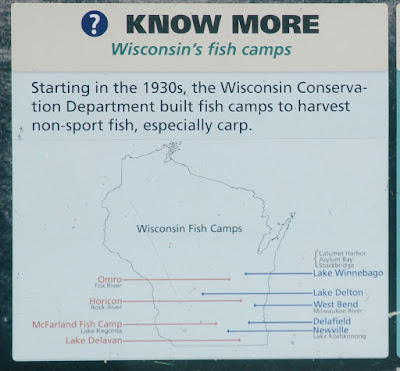 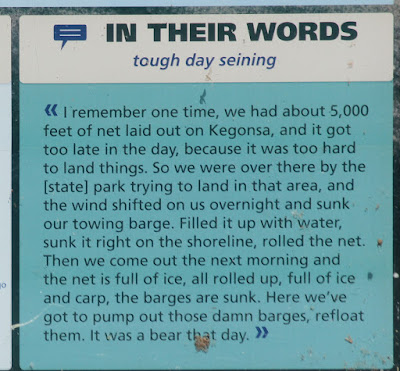 IN THEIR WORDS
tough day seining

"I remember one time, we had about 5,000 feet of net laid out on Kegonsa, and it got too late in the day, because it was too hard to land things. So we were over there by the [state park] trying to land in that area, and the wind shifted on us overnight and sunk our towing barge. Filled it up with water, sunk it right on the shoreline, rolled the net. Then we come out the next morning and the net is full of ice, all rolled up, full of ice and carp, the barges are sunk. Here we've got to pump out those damn barges, refloat them. It was a bear that day." 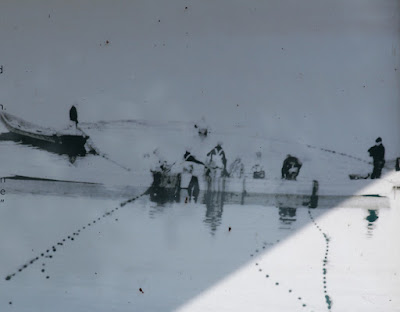 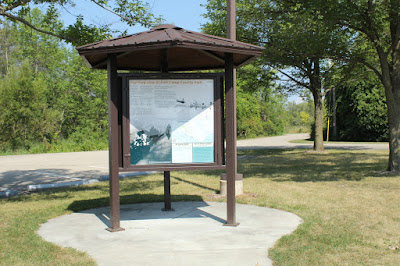 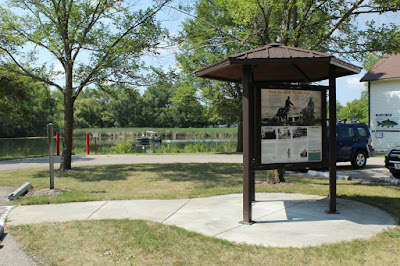 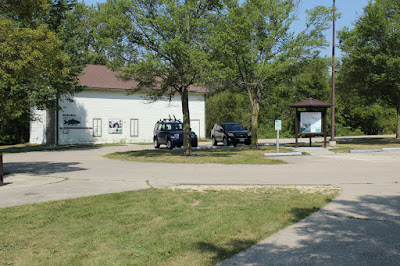 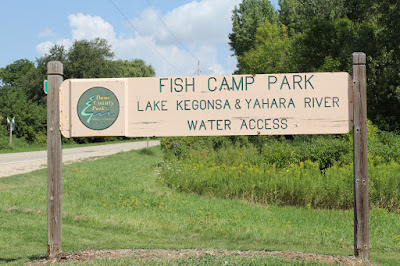