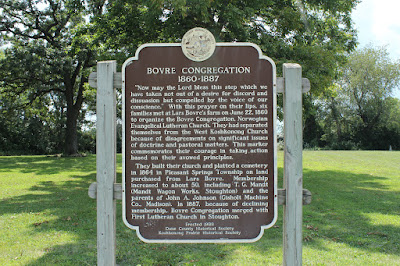 "Now may the Lord bless this step which we have taken not out of a desire for discord and dissuasion but compelled by the voice of our conscience." With this prayer on their lips, six families met at Lars Bovre's farm on June 22, 1860 to organize the Bovre Congregation, Norwegian Evangelical Lutheran Church. They had separated themselves from the West Koshkonong Church because of disagreements on significant issues of doctrine and pastoral matters. This marker commemorates their courage in taking action based on their avowed principles.

They built their church and platted a cemetery in 1864 in Pleasant Springs Township on land purchased from Lars Bovre. Membership increased to about 50, including T.G. Mandt (Mandt Wagon Works, Stoughton) and the parents of John A. Johnson (Gisholt Machine Co., Madison). In 1887, because of declining membership, Bovre Congregation merged with First Lutheran Church in Stoughton.

The marker is located at Bovre Cemetery on eastbound County Highway B, just east of its intersection with Spring Road, Stoughton, Wisconsin 53589.

This marker is No. 25 in the Dane County Historical Society Markers Series. 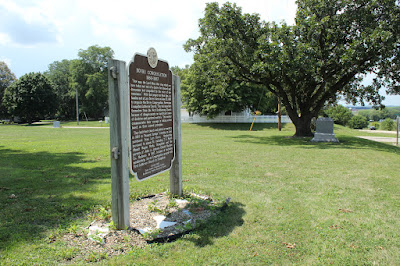 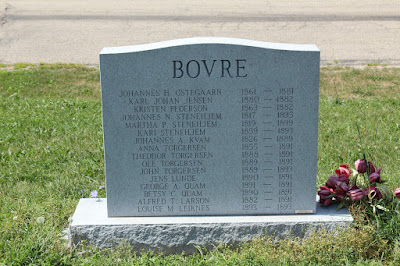 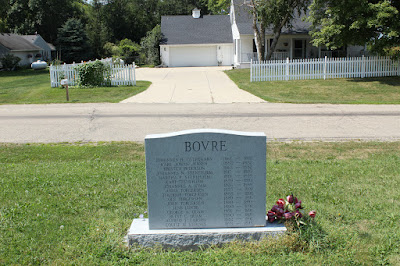 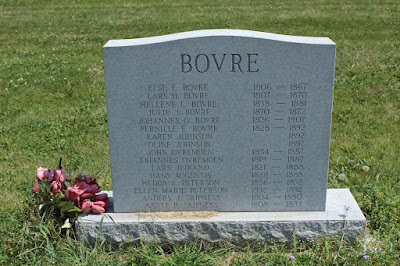 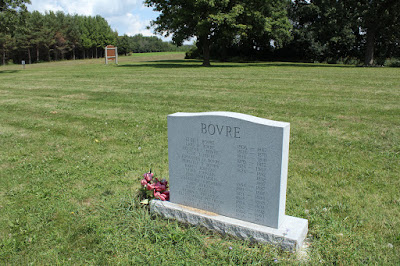 With the Bovre Congregation marker in the distance, to the left. 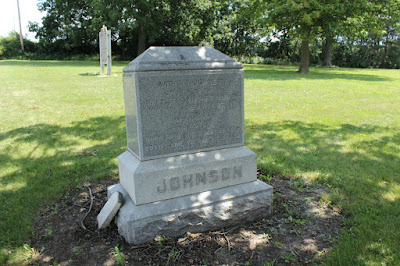 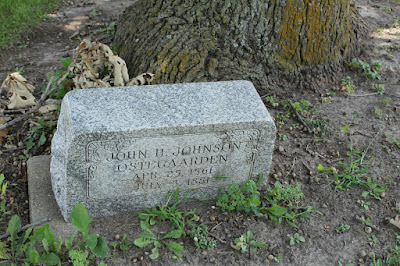 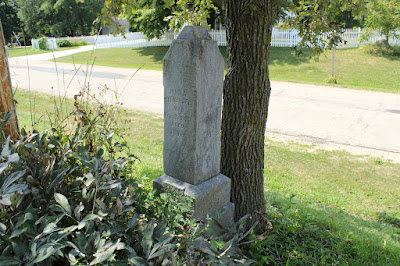 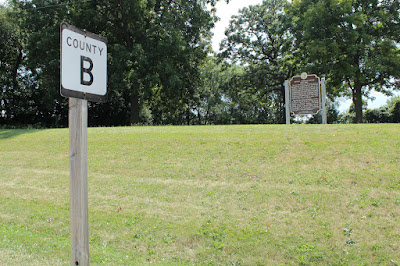 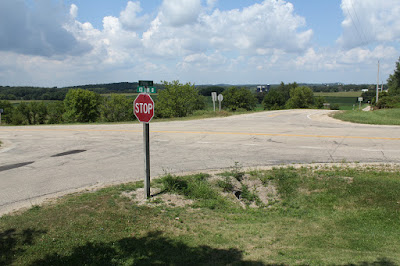 The intersection of County B and Spring Road, Stoughton, Wisconsin.