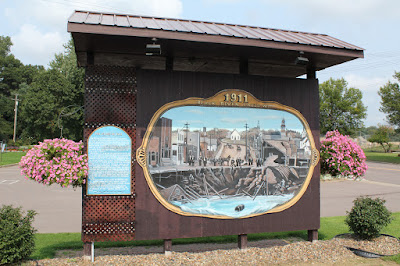 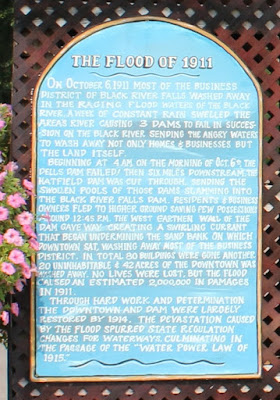 On October 6, 1911 most of the business district of Black River Falls washed away in the raging flood waters of the Black River. A week of constant rain swelled the area's river causing 3 dams to fail in succession on the Black River, sending the angry waters to wash away not only homes & businesses but the land itself.

Beginning at 4 AM on the morning of Oct. 6th, the Dells Dam failed! Then six miles downstream, the Hatfield Dam was cut through, sending the swollen pools of those dams slamming into the Black River Falls Dam. Residents & business owners fled to higher ground saving few possession around 12:45 PM. Around 12:45 P.M. the west earthen wall of the dam gave way, creating a swirling currant that began undermining the sand bank on which downtown sat, washing away most of the business district. In total 80 buildings were gone, another 20 uninhabitable & 42 acres of the downtown was washed away. No lives were lost, but the flood caused an estimated 2,000,000 [sic] in damages in 1911.

Through hard work and determination the downtown and dam were largely restored by 1914. The devastation caused by the flood spurred stated regulation changes for waterways, culminating in the passage of the "Water Power Law of 1915." 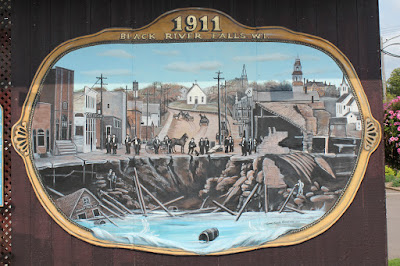 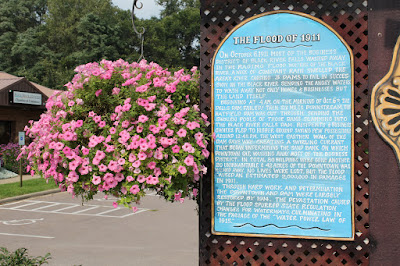 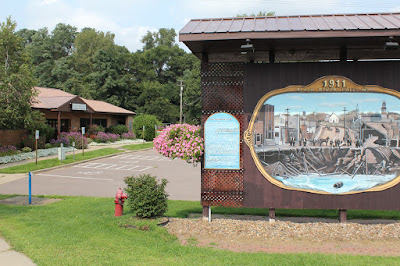 With the Black River Falls Chamber of Commerce building to the left. 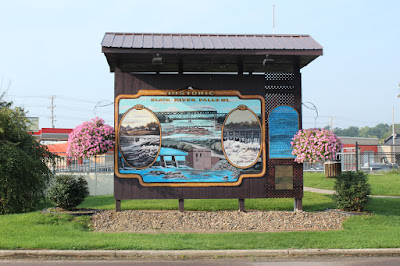