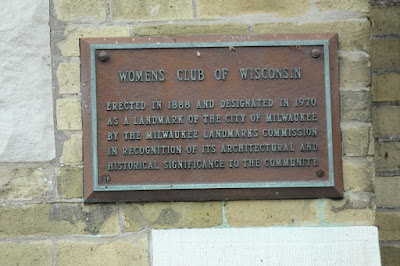 Erected in 1888 and designated in 1970 as a landmark of the City of Milwaukee by the Milwaukee Landmarks Commission in recognition of its architectural and historical significance to the community.

Since 1876, the Woman’s Club of Wisconsin has been a gathering place for thoughtful and socially conscious women in the greater Milwaukee area. The Club’s founding members were leaders with foresight who recognized the need for a place to gather for social and intellectual exchange. It is a club for women, run by women. The Woman’s Club of Wisconsin is the oldest private club in the city and the oldest woman’s club in the United States.

The foregoing content used with permission of Woman's Club of Wisconsin. 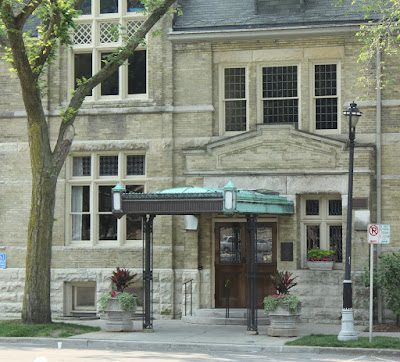 The very small plaque is mounted high on the facade,
to the right of the streetlamp and above the silver square. 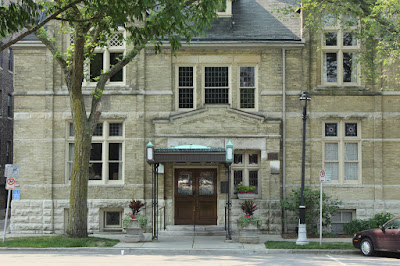 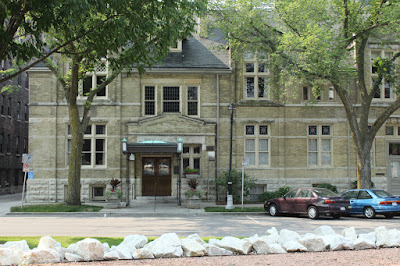 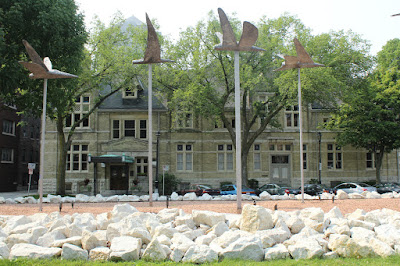