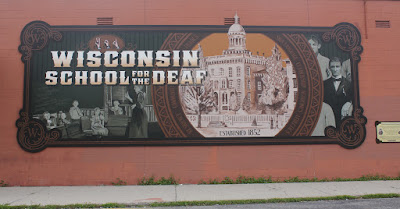 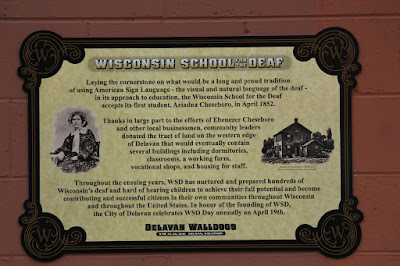 WISCONSIN SCHOOL FOR THE DEAF

Laying the cornerstone of what would be a long and proud tradition of using American Sign Language - the visual and natural language of the deaf - in the approach to education, the Wisconsin School for the Deaf accepts its first student, Ariadna Cheseborh, in April 1852.

Thanks in large part to the efforts Ebenezer Cheseboro and other local businessmen, community leaders donated the tract of land on the western edge of Delavan that would eventually contain several buildings including dormitories, classrooms, a working farm, vocational shots, and housing for staff.

Throughout the ensuing years, WSD has nurtured and prepared hundreds of Wisconsin's deaf and hard of hearing children to achieve their full potential and become contributing and successful citizens in their own communities throughout Wisconsin and throughout the United States. In honor of the founding of WSD, the City of Delavan celebrates WSD Day annually on April 19th. 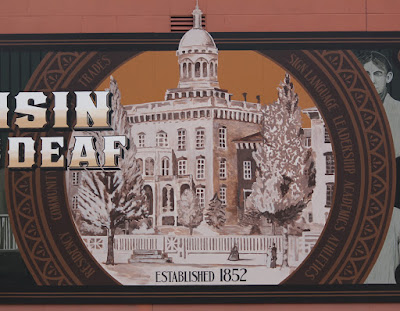 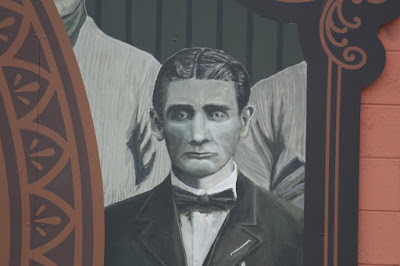 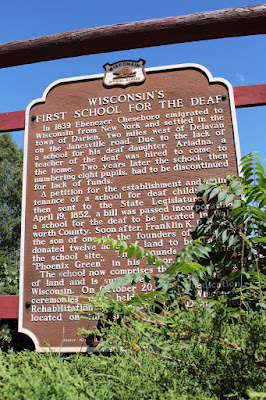 This nearby State Historical Society "official" marker
tells the story of Wisconsin's First School for the Deaf. 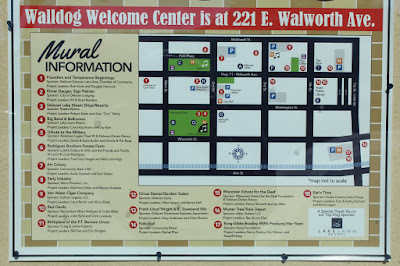 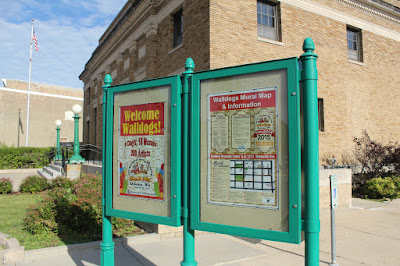 The mural is located in downtown Delavan, Wisconsin.