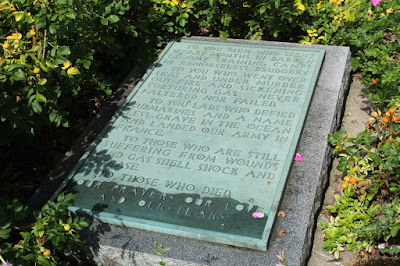 To you men who spent weary months in barren gloomy training camps in remorseless drudgery.

To you who went over seas and under murderous fire and sickening torturing gas, never faltered nor failed.

To you lads who defied submarines and a nameless grave in the ocean and landed our Army in France.

To those who are still suffering from wounds and gas shell shock and disease.

To those who died,
our prayers, our love
and our tears.

This memorial is located at the base of the Watertown Civil War Memorial, at the center of Veterans Memorial Park, inside the city block of Wisconsin Street, South 4th Street, East Milwaukee Street, and South 3rd Street, Watertown, Wisconsin 53094. 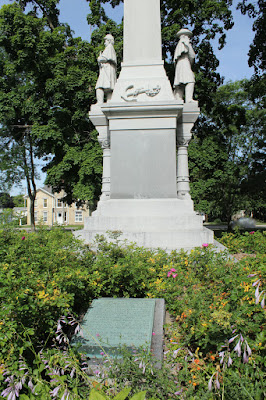 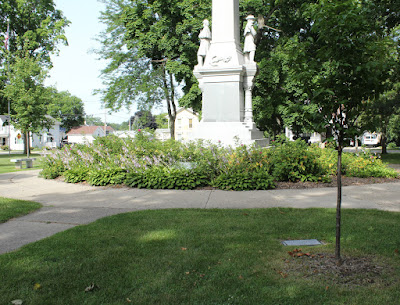 The marker is (barely) visible in the bushes
at the base of the Civil War Memorial. 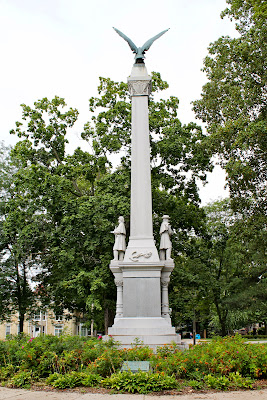 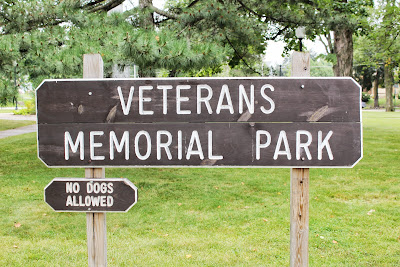 The memorial is located in Veterans Memorial Park
in Watertown, Wisconsin.