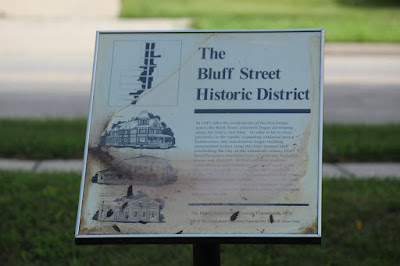 In 1843, after the construction of the first bridge across the Rock River, industries began developing along the river's west bank. In order to be in close proximity to the rapidly expanding industrial area, businessmen and industrialists began building monumental homes along this high western bluff overlooking the city. In the nineteenth century, Bluff Street became a residential area of elaborate Victorian homes and churches. Skilled industrial workers -- patternmakers and carpenters -- also built modest but distinctive homes in the area. The ten block Bluff Street Historical District encompasses a hundred years of architectural change in house design from the early nineteenth century Greek Revival limestone temple -- from houses to the early twentieth-century Prairie-style influenced homes.

The memorial is located at Field Park and is accessible from eastbound West Grand Avenue, east of its intersection with Bluff Street, Beloit, Wisconsin 53511. 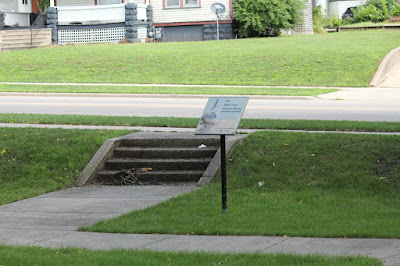 With West Grant Avenue in the background. 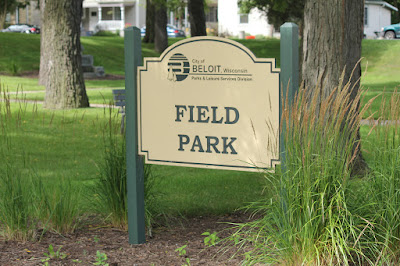 The marker is located at Field Park in Beloit, Wisconsin.