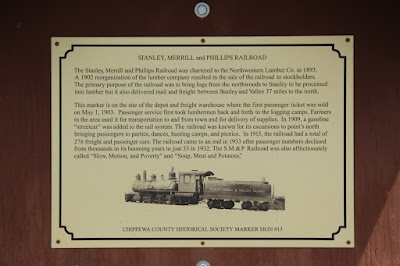 The Stanley, Merrill and Phillips Railroad was chartered on the Northwestern Lumber Co. in 1893. A 1902 reorganization of the lumber company resulted in the sale of the railroad to stockholders. The primary purpose of the railroad was to bring logs from the northwoods to Stanley to be processed into lumber but it also delivered mail and freight between Stanley and Valee 37 miles to the north.

This marker is on the site of the depot and freight warehouse where the first passenger ticket was sold on May 1, 1902. Passenger service first took lumbermen back and forth to the logging camps. Farmers in the area used it for transportation to and from town and for delivery of supplies. In 1909, a gasoline "streetcar" was added to the rail system. The railroad was known for its excursions to point's [sic] north bringing passengers to parties, dances, hunting camps, and picnics. In 1913, the railroad had a total of 276 freight and passenger cars. The railroad came to an end in 1933 after passenger numbers declined from thousands in its booming years to just 33 in 1932. The S.M.&P Railroad was also affectionately called "Slow, Motion, and Poverty" and "Soup, Meat and Potatoes."

The marker is located on westbound East 4th Avenue, about 50 feet west of its intersection with North Broadway Street, Stanley, Wisconsin 54768.

This marker is No. 13 in a series of historical markers erected by the Chippewa County Historical Society. 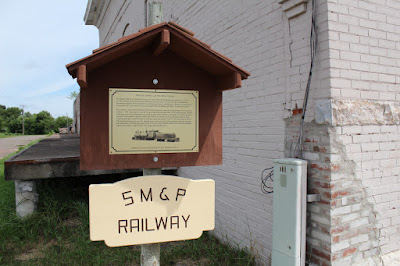 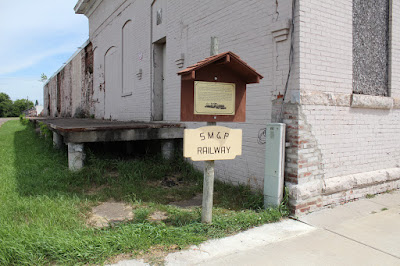 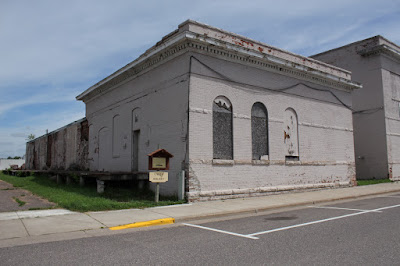 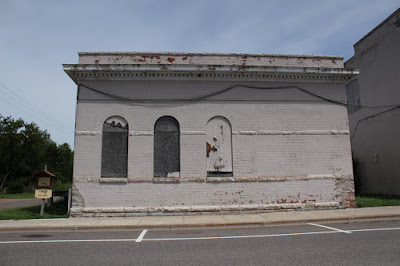 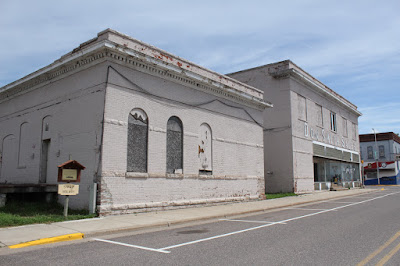 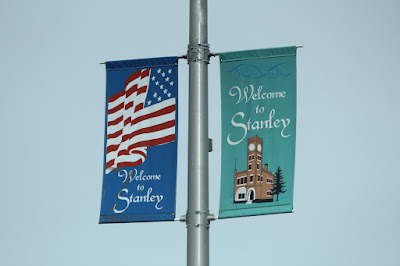 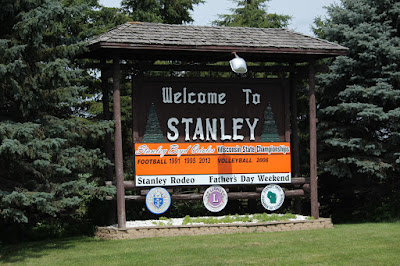 The marker is located in Stanley, Wisconsin.

Ive lived in Stanley and never knew that was the depot! Ive been crazy abiut the history of the S,M, and P rail system, i mapped out the whoke rail system including the spurs.

That marker took me a couple of trips to find! :) Thanks for stopping by and for sharing your project -- sounds really cool!