Soldiers of the 652nd Engineer Company 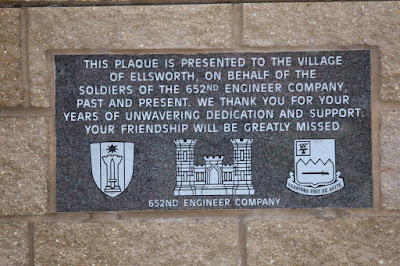 This plaque is presented to the Village
of Ellsworth, on behalf of the
Soldiers of the 652nd Engineer Company,
past and present. We thank you for your
years of unwavering dedication and support.
Your friendship will be greatly missed.

The marker is affixed to the facade to the McDonald's located at 159 West Main Street, Ellsworth, Wisconsin 54011.

The mission of the 652nd is to mobilize, deploy, and conduct forward and fixed bridging operations. On order conduct hauling operations.

The company currently consists of over 100 soldiers and works out of both Ellsworth WI and Marquette MI. Working out of two different communities makes it convenient for soldiers from many different areas to be "Twice the Citizen" by joining the Army Reserve. The main body of the company is stationed out of Ellsworth, WI. Detachment One (Det 1) of the 652nd works out of Marquette, MI.

The 652nd was recently changed from a Panel Bridge company to a new Multi-Role Bridge Company. This has increased the number of soldiers it needs from 110 to 184. One of the bridges it will build will be the Ribbon Bridge, also known as a "Float Bridge".

In April 2001 the 652nd participated in an exercise in Arkansas where they constructed a 300 meter bridge to cross the Arkansas River. It took the company and 5 other companies 1 hour to build the bridge. The construction required 19 railcars of equipment including bridge bays, bridge erection boats and 22 Heavy Expanded Mobility Tactical Trucks. It took 42 bays to bridge the span.

The 652nd was deployed to and arrived in Iraq at the end of April 2003 in support of Iraqi Freedom. As of September 2003 the unit was patrolling the town of Baqouba. 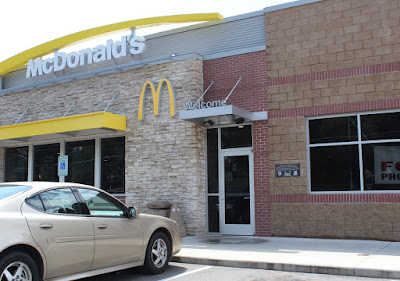 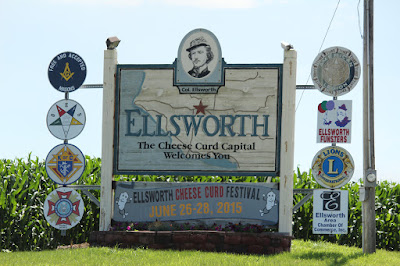 The marker is located in Ellsworth, Wisconsin. 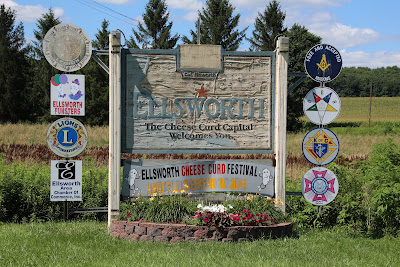