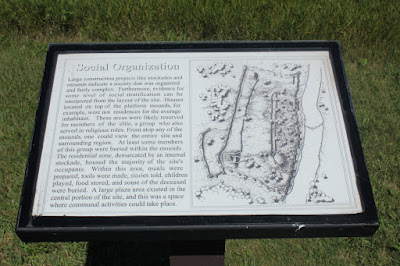 Large construction projects like stockades and mounds indicate a society that was organized and fairly complex. Furthermore, evidence for some level of social stratification can be interpreted from the layout of the site. Houses located on top of the platform mounds, for example, were not residences for the average inhabitant. These areas were likely reserved for members of the elite, a group who also served in religious roles. From atop any of the mounds, one could view the entire site and surrounding region. At least some members of this group were buried within the mounds. The residential zone, demarcated by an internal stockade, houses the majority of the site's occupants. Within this area, meals were prepared, tools were made, stories told, children played, food stored, and some of the deceased were buried. A large plaza area existed in the central portion of the site, and this was a space where communal activities could take place.

The marker is one of a series of markers placed on the grounds of Aztalan State Park, located at N6200 County Rd Q, Jefferson, Wisconsin 53549. 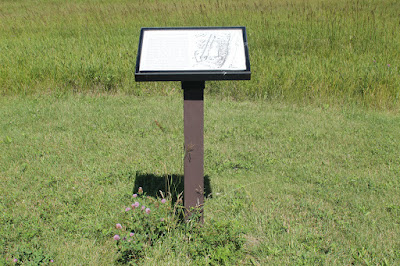 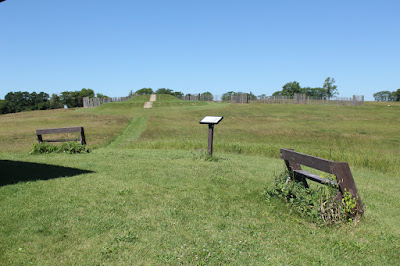 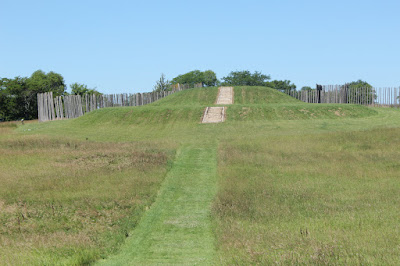 Looking west at the "largest mound at the site
and the largest wall of the stockade". 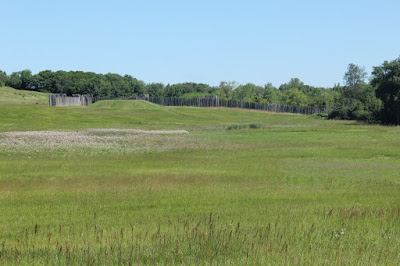 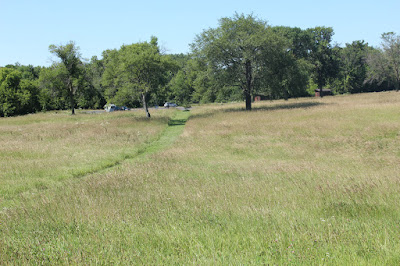 View of the lower parking lot where "houses once stood". 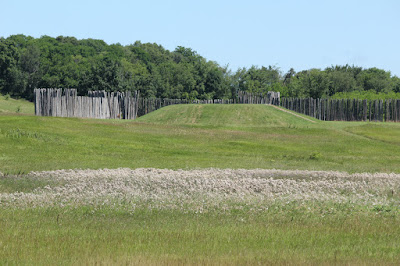 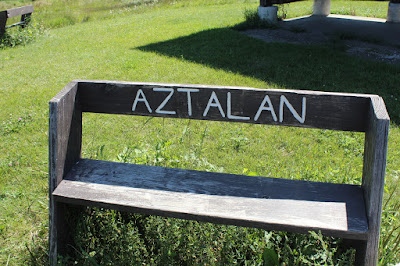 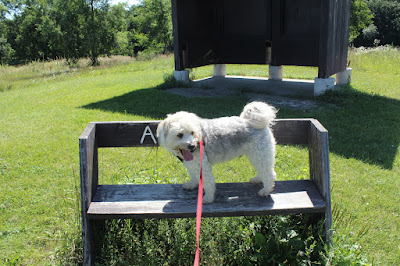 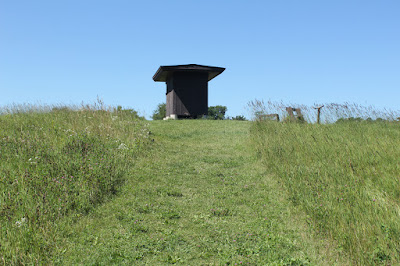 The marker is visible at the top of the knoll, to the right. 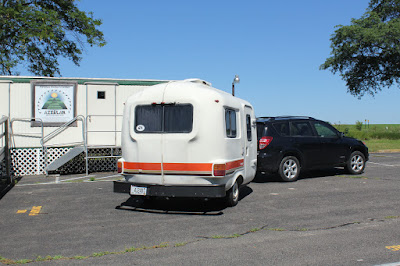 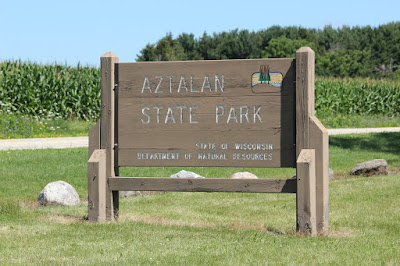