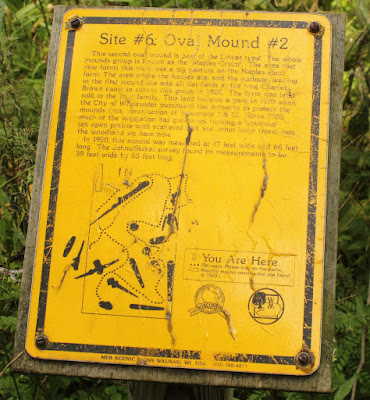 This second oval mound is part of the Linear type. The whole mounds group is known as the "Maples Group". The area that now forms this plain was a big pasture on the Maples stock farm. The area where the houses are, and the pathway leading to the first mound site was all flat fields at the time Charles Brown came to survey this group in 1920. The farm was later sold to the Trait family. This land became a park in 1970 when the City of White water purchased the property to protect the mounds from construction of Interstate US 12. Since 1926, much of the vegetation has grown up, turning a "savanna" (an open prairie with scattered oak and other large trees), into the woodland we have now.

In 1920, this mound measured at 37 feet wide and 66 feet long. The Johns/Stakal survey found its measurements to be 39 feet wide by 65 feet long. 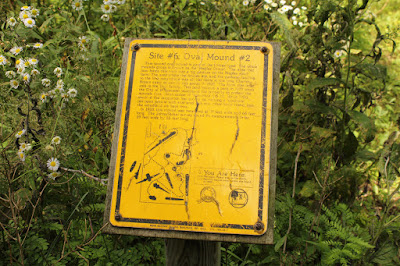 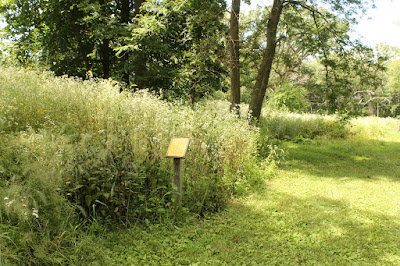