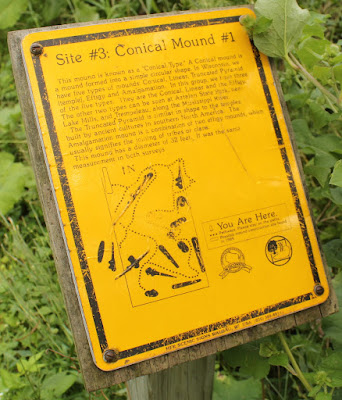 This mound is known as a "Conical Type." A Conical mound is a mound formed into a simple circular shape. In Wisconsin, we have five types of mounds: Conical, Linear, Truncated Pyramid (temple), Effigy and Amalgamation. In this group, we have three of the five types. They are the Conical, Linear and the Effigy. The other two types can be seen at Aztalan State Park, near Lake Mills, and Trempealeau, along the Mississippi River,

The Truncated Pyramid is similar in shape to the temples built by ancient cultures in southern North America. The Amalgamation mound is a combination of two effigy mounts, which usually signifies the joining of tribes or clans.

This mound has a diameter of 32 feet. It was the same measurement in both surveys. 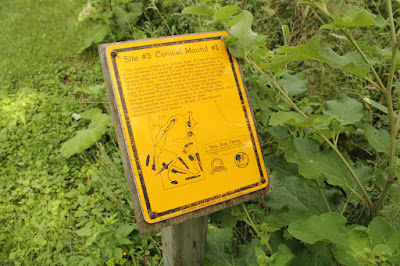 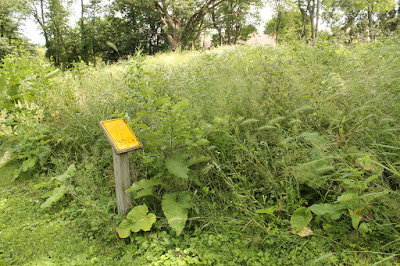