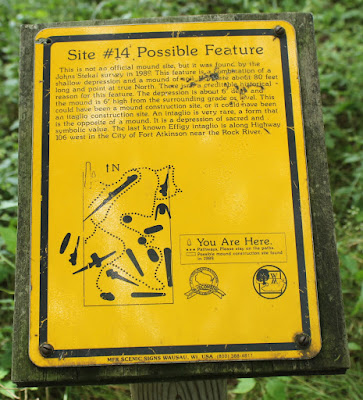 This is not an official mound site, but it was found by the Johns Stekal survey in 1989. This feature is a combination of a shallow depression and a mound of soil. [illegible] about 80 feet long and point at true North. There isn't a credible historical reason for this feature. The depression is about 6' deep and the mound is 6' high from the surrounding grade or level. This could have been a mound construction site, or it could have been an intaglio construction site. An intaglio is very rare, a form that is the opposite of a mound. It is a depression of sacred and symbolic value. The last known Effigy intaglio is along Highway 106 west in the City of Fort Atkinson near the Rock River. 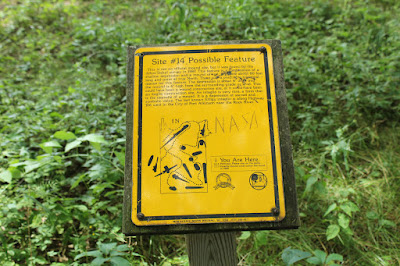 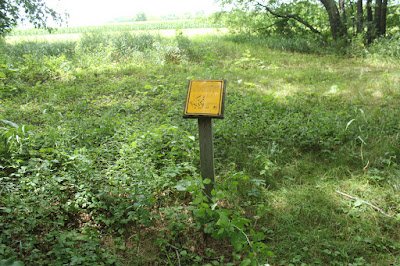