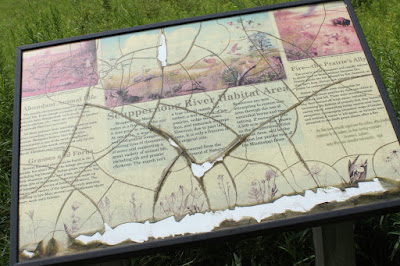 The prairie environment supports abundant animal life. Even though a number of its native animals have disappeared, such as elk, bison, prairie chicken, etc., there are still a large number of animals that have survived.

All these animals were interdependent on each other according to a very orderly and complex system. Biologists believe that the prairie environment is one of the most complicated ecosystems in the world, surpassed only by the South American rain forests.

Several hundred plants can be found in the prairie, but about 80% of the foliage are grasses, including big bluestem, Indian grass, sweet grass, little bluestem, prairie cord grass, and others. The other 20% of the primary vegetation is made up of hundreds of species of forbs (wildflowers). The beauty and variety of the species is truly amazing. Starting in late May, several new wildflowers bloom every week until October.

Scuppernong Marsh today is a fraction of the size it was prior to settlement. At one time, it was a . . . wetland-prairie complex, covering tens of thousands of aces and supporting a great variety of animal life, including elk and prairie chickens. The marsh isn't a true cattail marsh, but rather, a wet meadow of low prairies, sedge meadows, fens, and tamarack swamps. However, due to past land uses, it is only a fraction of its original size.

Personnel from the Department of Natural Resources are now attempting to restore this area through the use of controlled burns and tree cutting. If successful, this 3,500 acre site, now known as the Scuppernong River Habitat Area, will be the largest low prairie east of the Mississippi River.

The prairie would disappear and rapidly convert to shrub-land or forest without frequent fire. Prairie plants are not affected by fire, however, as they have long, fibrous root systems whose growing points lie underground.

Native Americans were responsible for maintaining these prairies by their use of fire in the spring and fall. There were several reasons why they burned off large areas, including increasing the habitat of animals that they hunted, easing travel, controlling biting insects near their campsites, encouraging abundant crops of berries, and making it easier to kill game, as animals were attracted to the fresh green shoots after a fire.

". . . the fires have annual raged over the surface, often kindled
purposely by the Indians, on their hunting excursions . . ."
-- Increase A. Lapham,
early Wisconsin naturalist and scientist, 1846 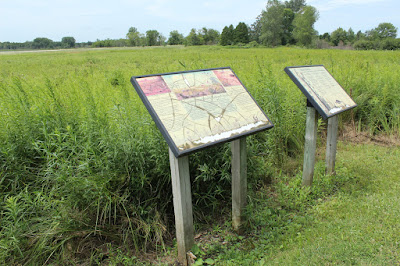 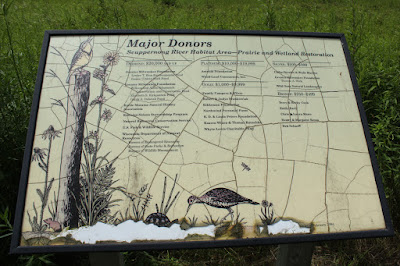 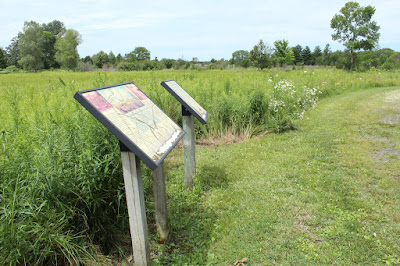 With the prairie in the background. 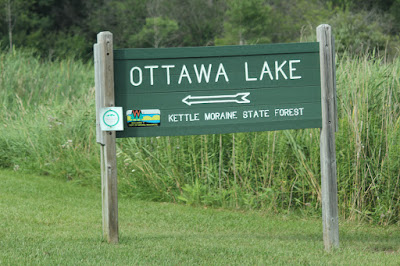 The marker is located at Ottawa Lake. 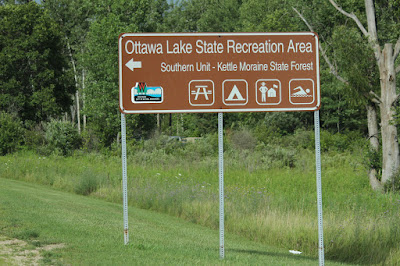 The marker is located at Ottawa Lake State Recreation Area
in Ottawa, Wisconsin.