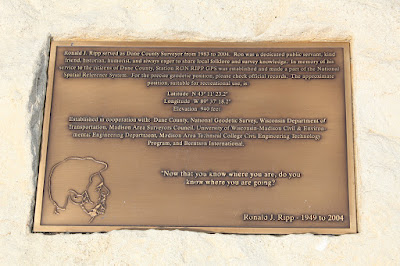 Indian Lake Park lies at the edge of the unglaciated or "driftless" area of southwestern Wisconsin. Here, features of both glaciated and unglaciated land are prominent. The steep slopes of exposed rock indicate that this valley was never completely covered with ice. Yet the large boulders found in the draws and on the valley floor could only have been brought here by a finger of ice, which fanned out from the main body of the glacier.

Indian Lake is one of many shallow kettle lakes in this area, created when the glacier retreated. The outwash plain by the lake was formed when glacial meltwater carried large quantities of silt and sand into the valley.

Plant life here is very diverse. The cool north-facing slope along the lake is dominated by paper birch, while on the hilltops ancient gnarled oaks are being crowded by younger hardwoods. An abundance of brambles and aspens indicate logging and grazing once took place in the woods.

For several hundred years Indians camped at the southwest end of the lake. During that period, the slopes on the hills above you were quite open and covered with prairie grasses and wildflowers. Frequent fast-moving prairie fires helped keep these areas free of trees. When settlers stopped the fires, trees began to fill in the open spaces. Today only a few small patches of prairie remain on the very dry southwest-facing slopes.

The marker is located adjacent to the parking lot at Indian Lake Park, at the south end of Matz Road, south of its intersection with Wisconsin Highway 19, Cross Plains, Wisconsin 53528. 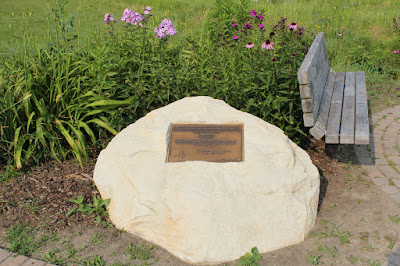 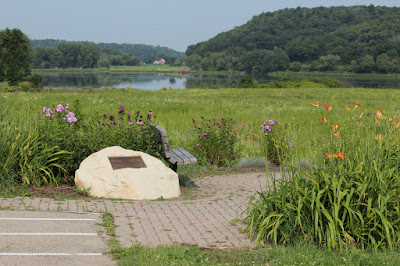 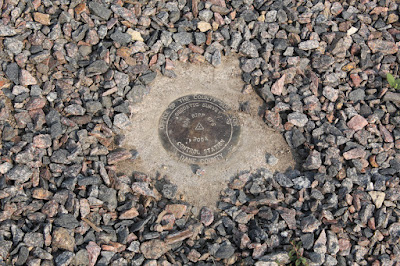 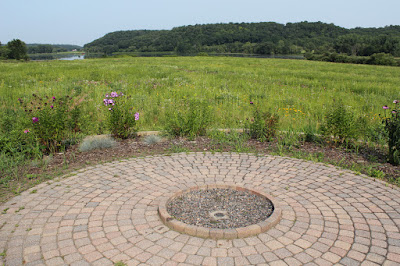 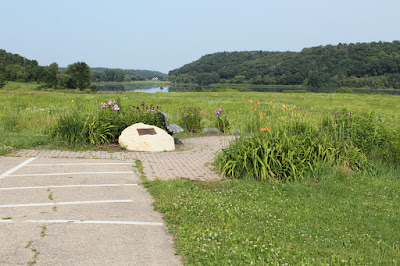 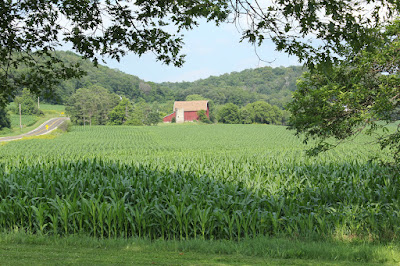 Looking east from the entrance to Indian Lake Park. 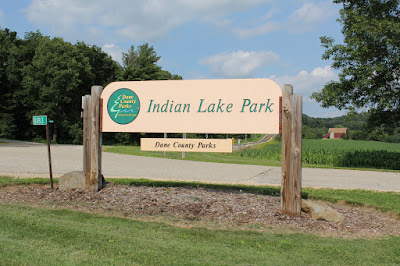 The marker is located at Indian Lake Park.