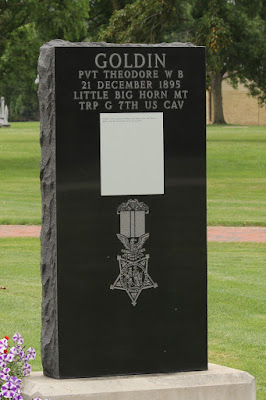 Citation: One of a party of volunteers who, under a heavy fire from the Indians, went for and brought water to the wounded. 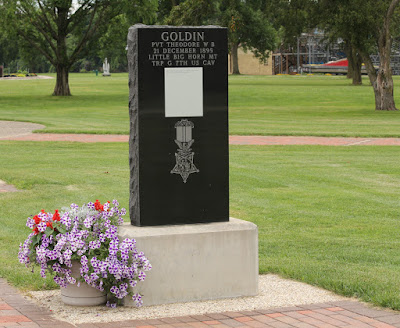 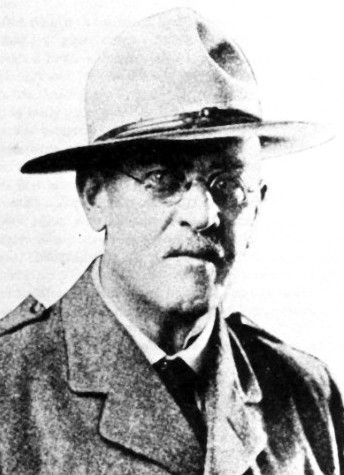 Photograph of United States Army soldier and Medal of Honor recipient
Theodore W. Goldin taken prior to his discharge in 1877.
This media file is in the public domain.
Click here for more information.

Pvt Theodore W B Goldin's memorial is third on the right.