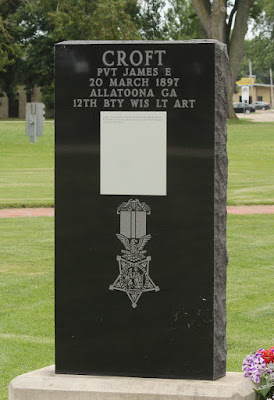 Citation: Took the place of a gunner who has been shot down and inspired his comrades by his bravery and effective gunnery, which contributed largely to the defeat of the enemy. 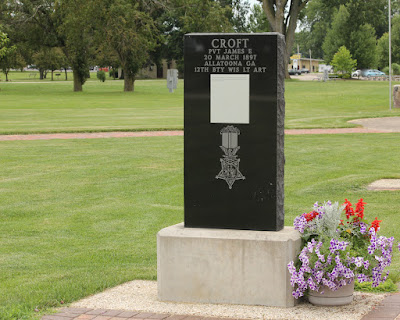 Pvt James E Croft's memorial is second on the left.