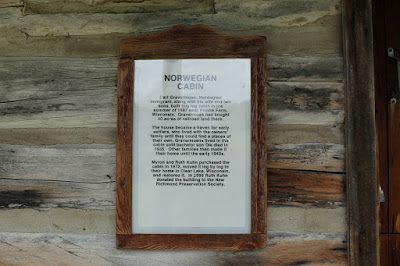 Carl Gravermoen, Norwegian
immigrant, along with his wife and two
sons, built this log cabin in the
summer of 1887 near Prairie Farm,
Wisconsin. Gravermoen had brought
40 acres of railroad land there.

The house became a haven for early
settlers, who lived with the owners'
family until they could find a places [sic] of
their own. Gravermoens lived in the
cabin until bachelor son Ole died
in 1935. Other families then made it
their home until the early 1940s.

Myron and Ruth Kuhn purchased the
cabin in 1972, moved it log by log to
their home in Clear Lake, Wisconsin,
and restored it. In 1995 Ruth Kuhn
donated the building to the New
Richmond Preservation Society.


The Norwegian Cabin and marker are located at the New Richmond Heritage Center at 1100 Heritage Drive, New Richmond, Wisconsin 54017. 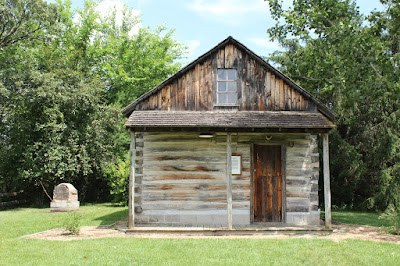 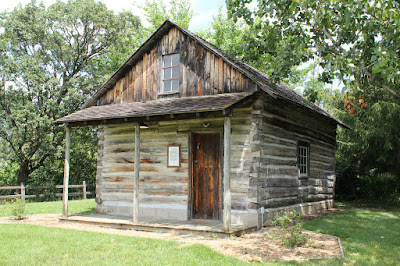 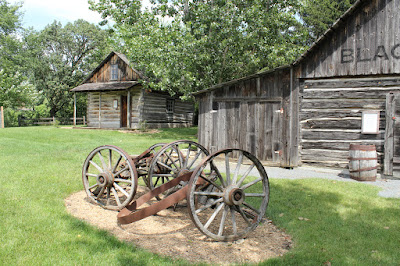