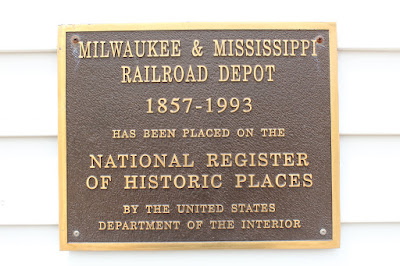 
The marker is located at the Mazomanie Depot on southbound Broadhead Street / County Highway Y, south of its intersection with American Legion Street, at or near 102 Broadhead Street, Mazomanie, Wisconsin 53560.

The Mazomanie Depot is the oldest wood frame depot in Wisconsin. It was built in 1857 by the Milwaukee & Mississippi Railroad Company to replace the original depot which had been destroyed by fire earlier in the same year.

During the heyday of railroading in the late nineteenth century, two eastbound and two westbound passenger trains and several freight trains stopped daily in Mazomanie. Special excursion trains carried passengers to the larger cities. Draymen delivered freight throughout the village.

Mazomanie's first village president, John B. Stickney, served as depot agent from 1856 to 1909, a record length of employment with the Milwaukee Road at that time.

The depot underwent major remodeling in 1880 when a surrounding platform was removed and the entire building lowered. The passenger waiting rooms, one for men, the other for women and children, were moved from the west end to the east end. Due to decreasing freight traffic, the length of the depot was reduced to fifty feet in 1943. The eaves were also shortened by six feet to accommodate taller railroad cars.

After 116 years of use by the Milwaukee Road, the depot was closed in 1973. It was later sold and used for storage, as an office and shop for a community service group, and for housing. In 1993 the depot was restored to its original size and outward appearance for use as the village library and the Mazomanie Historical Society's historical research center. 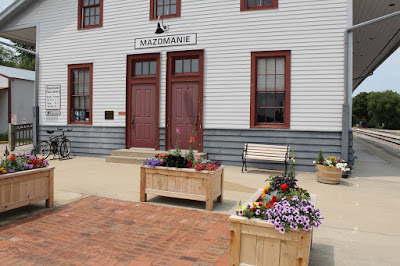 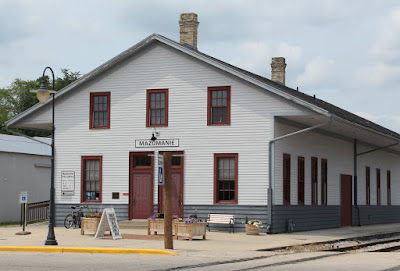 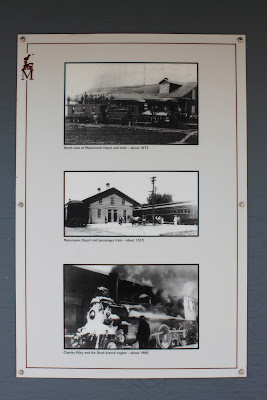 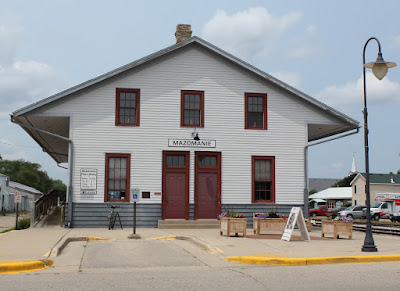 The depot and marker are located in Mazomanie, Wisconsin.