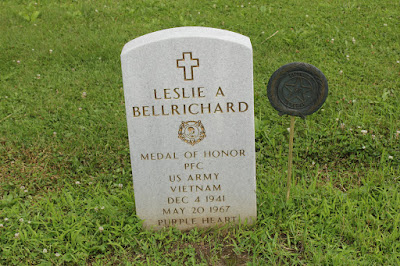 The memorial is located at Oak Hill Cemetery. I could not locate an address for the cemetery. The entrance to the cemetery is located on southbound North Washington Street / North County Road E / U.S. Business Route 14, Janesville, Wisconsin.

NOTE: The cemetery is huge -- the grounds cover approximately 90 acres and roughly 13 miles of paved roadway! The memorial is at Plot: 311-15-7, in the northwest section of the cemetery.

See also, Bellrichard Memorial at Janesville Medal of Honor Veterans Walkway, at a nearby location. 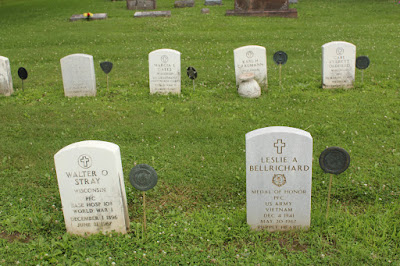 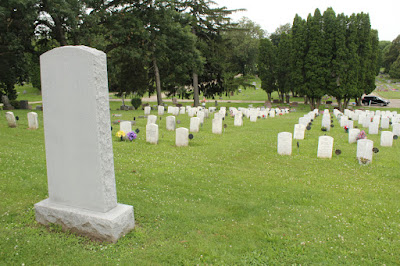 View from the top of the hill;
Leslie A. Bellrichard is buried to the left. 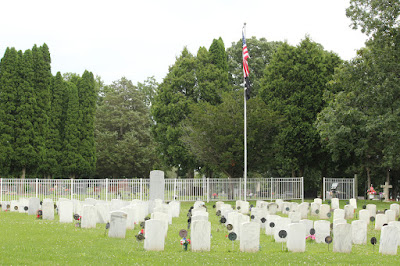 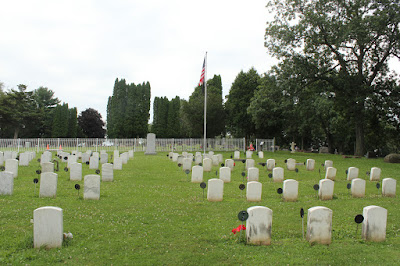 Leslie A. Bellrichard's headstone is to the right, near the top of the hill. 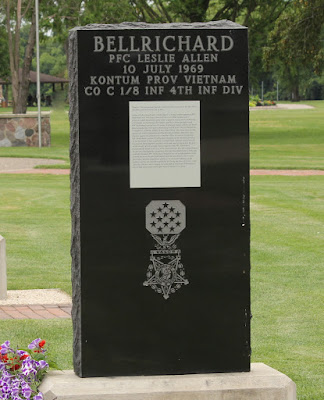 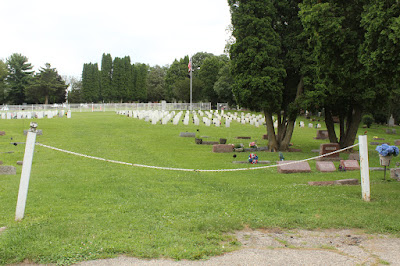 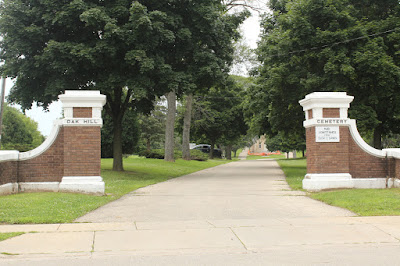 Leslie A. Bellrichard is buried at Oak Hill Cemetery in Janesville, Wisconsin.