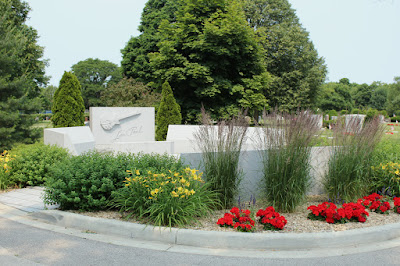 Les Paul spend his life chasing sound. His innovations began as a  youngster at home in Waukesha from hearing and experimenting with sounds of record players, his mother's player piano, telephones, trains, his harmonica and guitar. Les sought the perfect sound. Milwaukee radio station WTMJ's engineer mentored Les on radio electronics. His mother constantly encouraged and supported young Lester as teachers helped him discover answers to his endless questions.

While performing at a Waukesha barbeque stand Les was handed a life-changing note from a person in the back. "No one can hear your guitar." Curiosity, analytical skills and persistence drove him to create and market his new sound. So began the road that culminated with the Solid Body Gibson Les Paul Electric Guitar and worldwide fame.

During the 1930s in Chicago, Les performed country music on daytime radio as Rhubarb Red and at night he was Les Paul playing in clubs with the jazz grants. He began experimenting with multi-track recording and delay sound techniques.

In 1938 he headed to New York where the Les Paul Trio became part of Fred Waring's Pennsylvanians. Les became the first person to play electric guitar on nationwide radio. After nearly electrocuting himself in 1941, Les headd back to Chicago where he was music director for WJJD and Wind Radio. At this time Les first approached Gibson with his solid-body guitar. Affectionately dubbed "The Log", it took ten years of Les' persistence. Until 1952, before Gibson accepted his invention and the iconic Gibson Les Paul guitar was born. In 1943, Les headed to California for stints with NBC. Armed Forces Radio and Bing Crosby. An early Ampex tape recorder from Big led to Les' invention of the eight-track tape recorder. In his famous garage recording studio Les created recording innovations that are used in all music genres.

Les created his unique sound by combining his jazz and country styles with his guitar and recording innovations.

In the 1970s, multiple health challenges slowed Les, but never stopped him. In 1984, Les was back on stage performing every Monday night in New York City for his fans. First at Fat Tuesday's and then at the Iridium, Les preferred to play for an intimate audience so that he could interact with them and that is what the New York clubs offered.

Les relied on hearing aids due to permanent hearing loss. Before his death he had been working on improving even this form of digital sound technology.

The Les Paul Burial Site and Monument is located in the center of the southern section of Prairie Home Cemetery, located at 605 South Prairie Avenue, Waukesha, Wisconsin 53816. 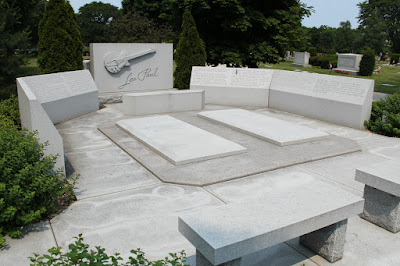 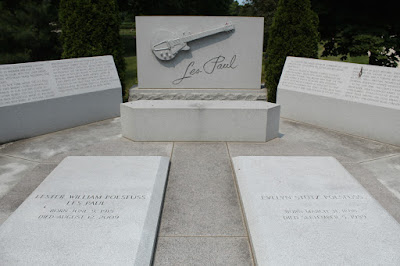 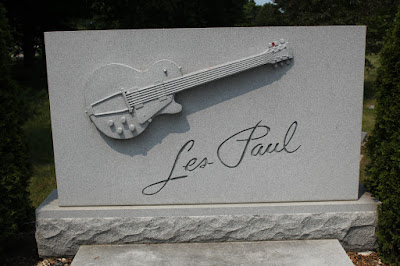 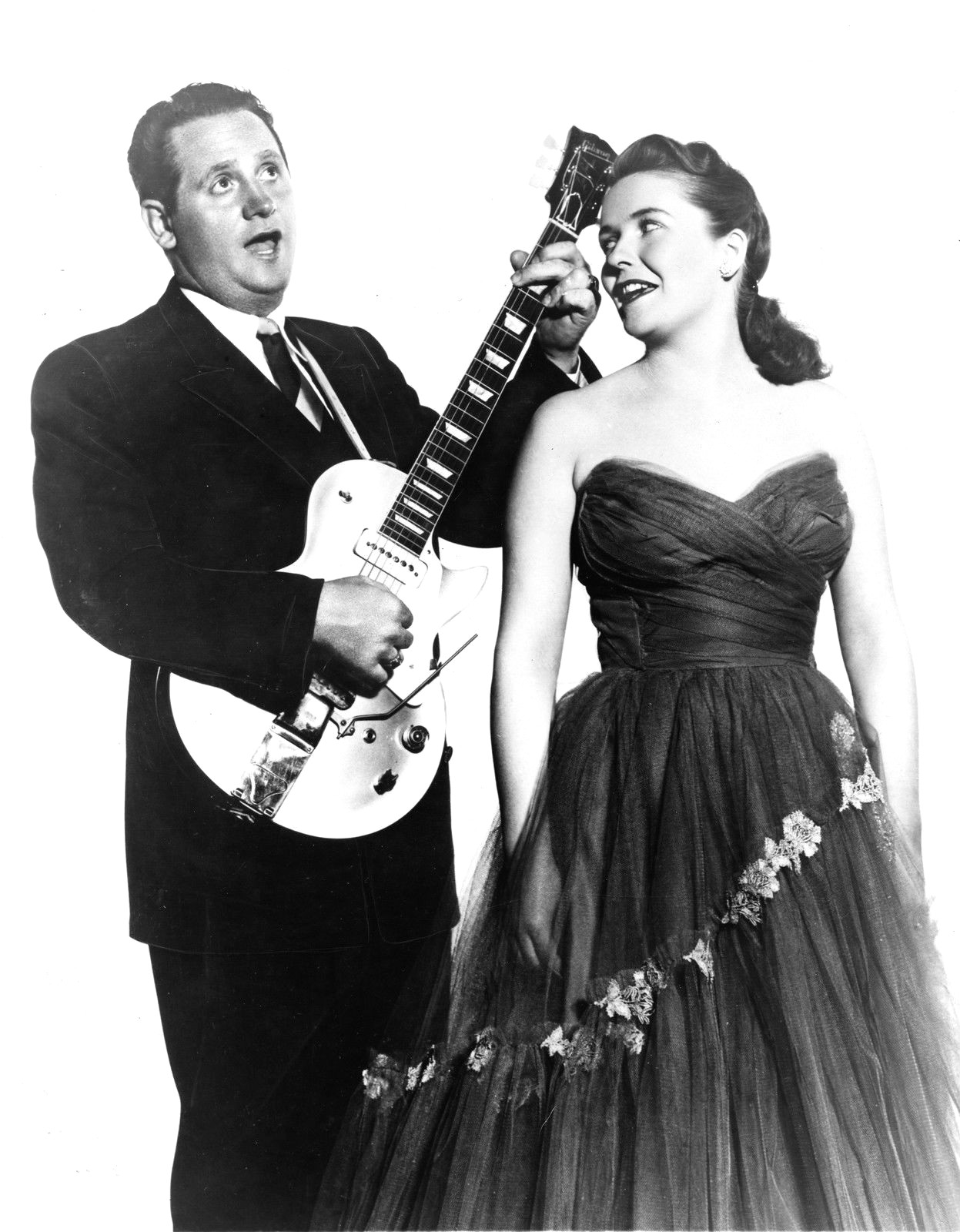 Les Paul and Mary Ford in 1954
This media file is in the public domain;
click here for more information. 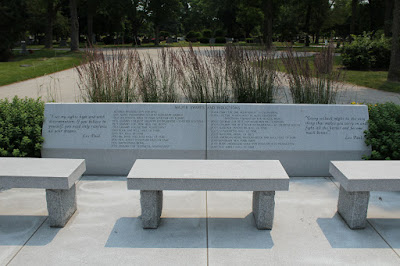 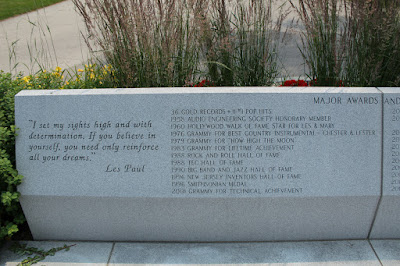 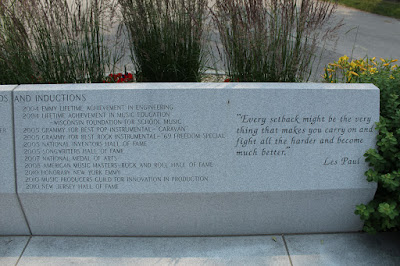 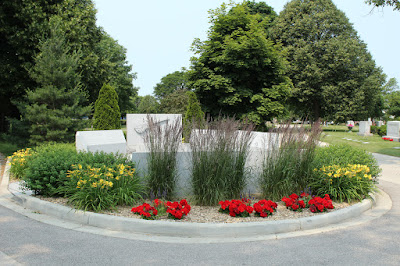 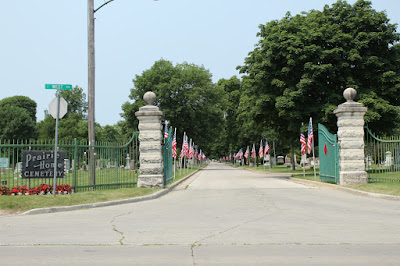 Decorated for the 4th of July. 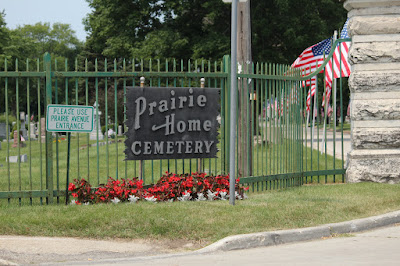 The memorial is located at Prairie Home Cemetery in Waukesha, Wisconsin.