Janesville VFW Post # 1621 Memorial to the Soldiers at Bataan 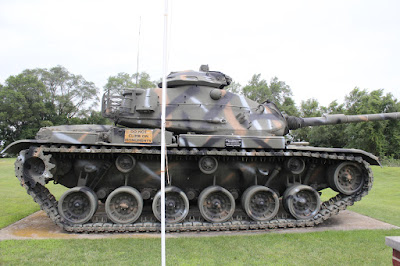 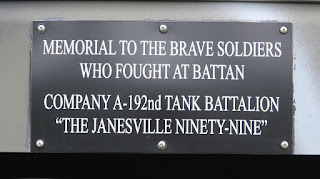 Memorial to the Brave Soldiers
who fought at Battan

The memorial is located on the grounds of Janesville Kienow-Hilt VFW Post #1621, and is accessible from northbound Center Avenue, south of its intersection with West Delavan Drive, at or near 1015 Center Avenue, Janesville, Wisconsin 53546.


The 192nd Tank Battalion of the United States Army was a federalized Army National Guard unit activated in November 1940. Deployed to the Philippines, the battalion was engaged in combat during the Japanese invasion and the US retreat to the Bataan Peninsula; being part of the force that surrendered to the Japanese there, it subsequently ceased to exist as an active unit.

The 192nd Tank Battalion was composed of tank companies from:


The foregoing text is available under the Creative Commons Attribution-ShareAlike License; additional terms may apply.


The Battle of Bataan, fought 7 January – 9 April 1942, represented the most intense phase of Imperial Japan's invasion of the Philippines during World War II. In January 1942, forces of the Imperial Japanese Army and Navy invaded Luzon along with several islands in the Philippine Archipelago after the bombing of the American naval base at Pearl Harbor. 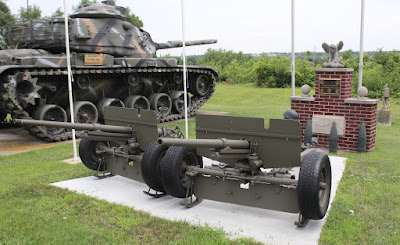 The small plaque is affixed to the east side of the tank,
visible to the right of the yellow plaque. 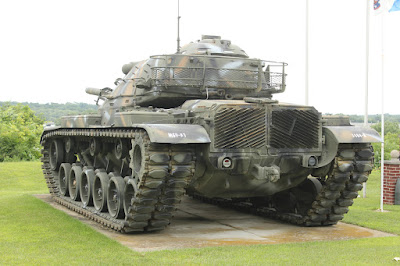 Japanese tank column advancing in Bataan (1942)
This media file is in the public domain.
Click here for more information. 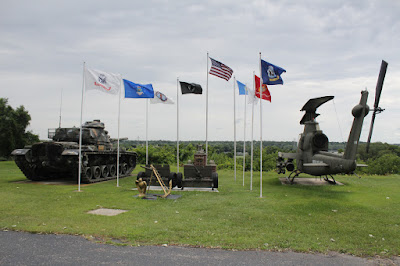 The memorial is part of the Janesville VFW Post # 1621 Veterans Memorial. 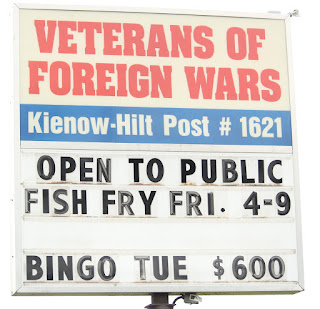 The memorial is located at VFW Post #1621 in Janesville, Wisconsin.