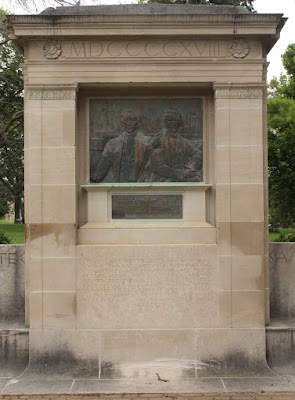 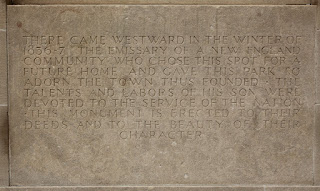 There came westward in the winter of 1836-7 the emissary of a New England community who chose this spot for a future home and gave this park to adorn the town thus founded. The talents and labors of his son were devoted to the service of the nation. This monument is erected to their deeds and to the beautify of their character.

The monument is located at Horace White Park and is accessible from northbound College Street, at its T-intersection with Public Avenue, Beloit, Wisconsin 53511.

The White Monument, of granite, consists of a plinth set into a semi-circular seat. The seat is inscribed, as is the base of the plinth, below a bronze relief of the two Whites, sculpted by Tonetti. Horace White, Sr., employed by the New England Emigrating Company, purchased 1/3 of Blodgett's claim to Beloit (about 199 acres), and may be considered as a founding father of Beloit. Horace White, Jr., became a notable newspaper editor at the Chicago Tribune and New York Post. His daughter's husband, John Mead Howells (architect of the Tribune Tower in Chicago) designed this monument. 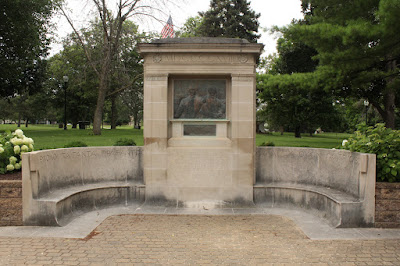 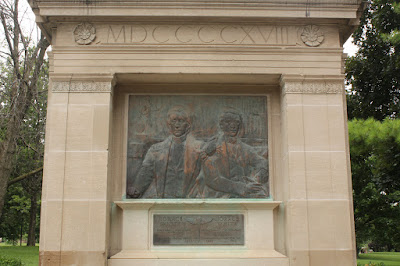 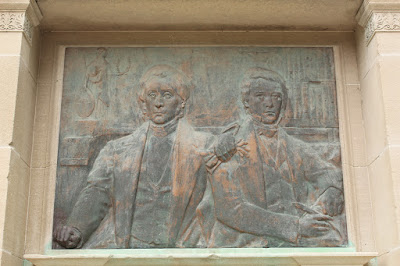 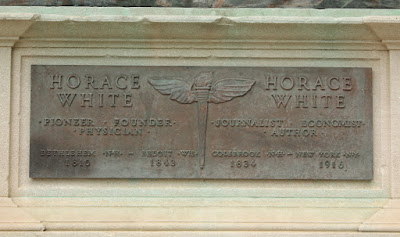 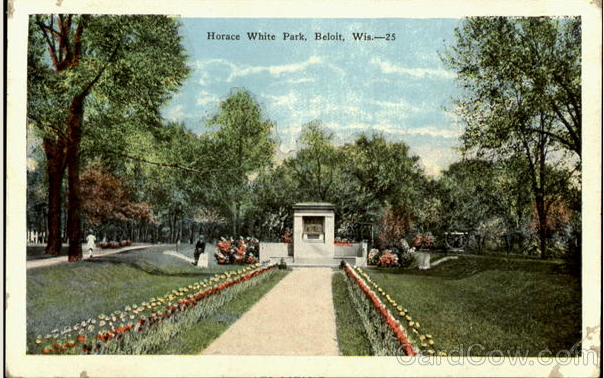 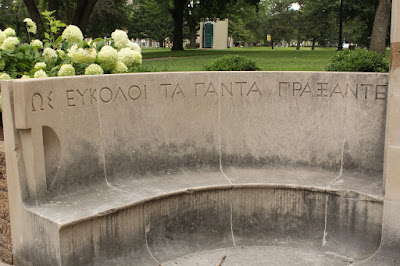 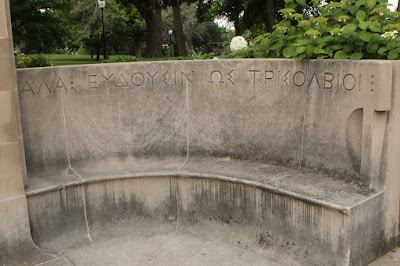 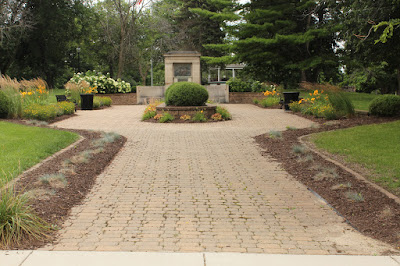 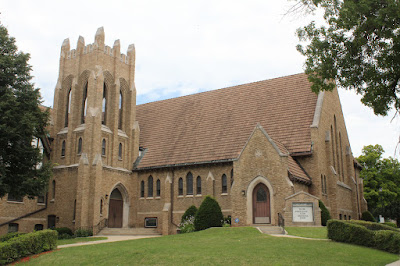 First Baptist Church, across from the monument. 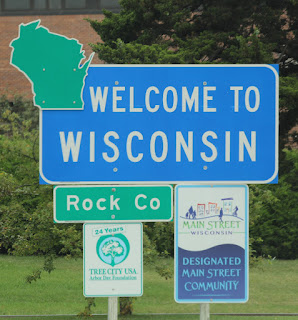