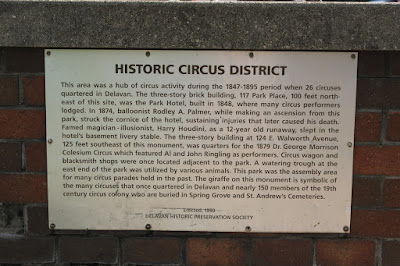 This area was a hub of circus activity during the 1847-1895 period when 26 circuses quartered in Delavan. The three-story brick building, 117 Park Place, 100 feet northeast of this site, was the Park Hotel, built in 1848, where many circus performers lodged. In 1874, balloonist Rodley A. Palmer, while making an ascension from this park, struck the cornice of the hotel, sustaining injuries that later caused his death. Famed magician-illusionist, Harry Houdini, as a 12-year old runaway, slept in the hotel's basement livery stable. The three-story building at 124 E. Walworth Avenue, 125 feet southeast of this monuyment, was quarters for the 1879 Dr. George Morrison Colesium Circus which featured Al and John Ringling as performers. Circus wagon and blacksmith shops were once located adjacent to the park. A watering trough at the east end of the park was utilized by various animals. The part was the assembly area for many circus parades held in the past. The giraffe on the monument is symbolic of the many circuses that once quartered in Delavan and nearly 150 members of the 19th century circus colony who are buried in Spring Grove and St. Andrew's Cemeteries. 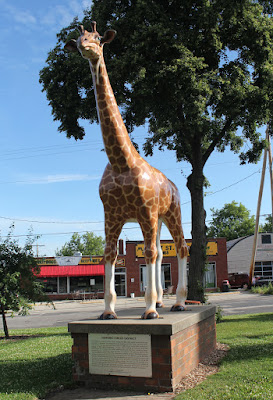 The marker is at the base of the giraffe. 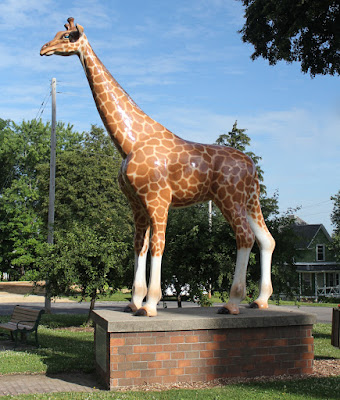 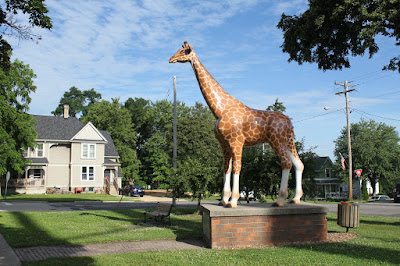 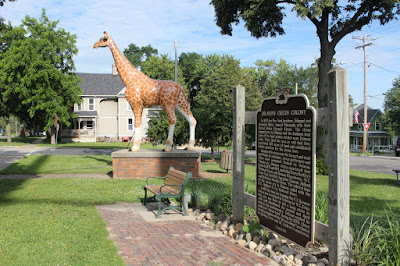 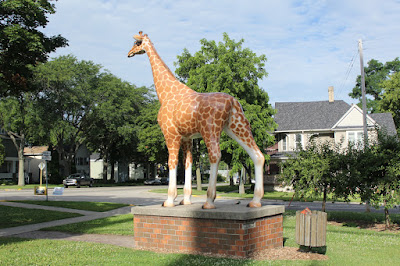 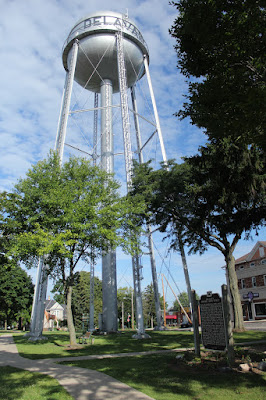 The marker and giraffe are visible at the base of the
water tower, to the far left.