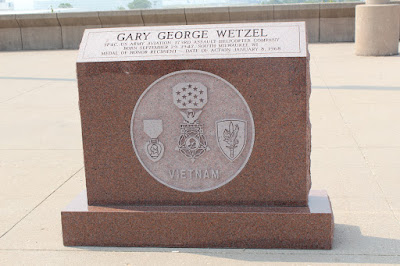 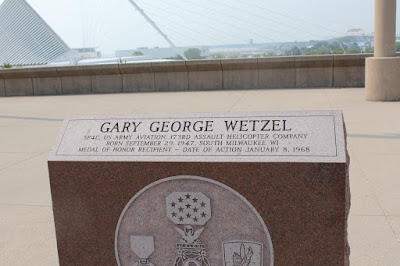 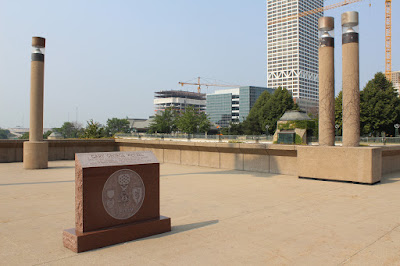 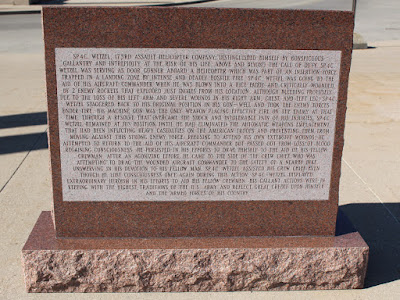 Sp4c. Wetzel, 173d Assault Helicopter Company, distinguished himself by conspicuous gallantry and intrepidity at the risk of his life. above and beyond the call of duty. Sp4c. Wetzel was serving as door gunner aboard a helicopter which was part of an insertion force trapped in a landing zone by intense and deadly hostile fire. Sp4c. Wetzel was going to the aid of his aircraft commander when he was blown into a rice paddy and critically wounded by 2 enemy rockets that exploded just inches from his location. Although bleeding profusely due to the loss of his left arm and severe wounds in his right arm, chest, and left leg, Sp4c. Wetzel staggered back to his original position in his gun-well and took the enemy forces under fire. His machinegun was the only weapon placing effective fire on the enemy at that time. Through a resolve that overcame the shock and intolerable pain of his injuries, Sp4c. Wetzel remained at his position until he had eliminated the automatic weapons emplacement that had been inflicting heavy casualties on the American troops and preventing them from moving against this strong enemy force. Refusing to attend his own extensive wounds, he attempted to return to the aid of his aircraft commander but passed out from loss of blood. Regaining consciousness, he persisted in his efforts to drag himself to the aid of his fellow crewman. After an agonizing effort, he came to the side of the crew chief who was attempting to drag the wounded aircraft commander to the safety of a nearby dike. Unswerving in his devotion to his fellow man, Sp4c. Wetzel assisted his crew chief even though he lost consciousness once again during this action. Sp4c. Wetzel displayed extraordinary heroism in his efforts to aid his fellow crewmen. His gallant actions were in keeping with the highest traditions of the U.S. Army and reflect great credit upon himself and the Armed Forces of his country. 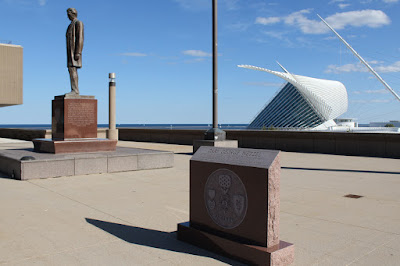 The memorial is next to the statue of Abraham Lincoln
(with Lake Michigan and he Milwaukee Public Museum in the background). 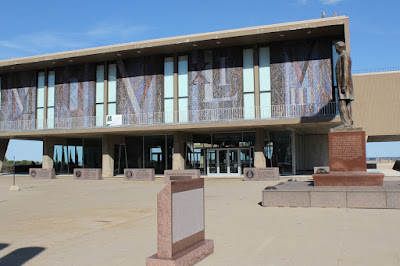 With the Milwaukee County War Memorial building in the background. 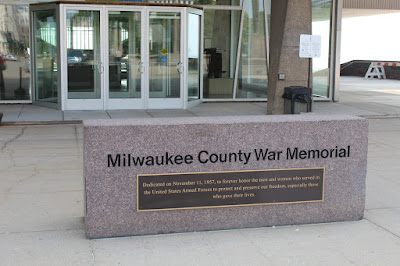 The memorial is located at Milwaukee County War Memorial Center.