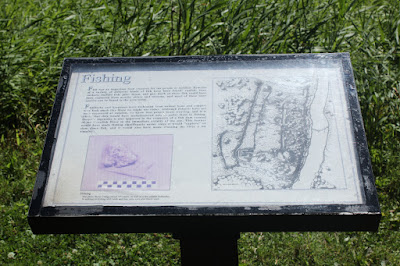 Fish was an important food resource for the people at Aztalan. Remains of a variety of different kinds of fish have been found: catfish, bass, suckers, buffalo fish, pike, drum, and gar. Each of these fish could have been captured from nearby rivers and streams, and most of these same species can be found in the area today.

Fishhooks and harpoons were fashioned from animal bone and copper: they look much like those we might use today. Although fishnets have not been recovered at Aztalan, we know that people knew weaving, and it is likely that they would have manufactured nets to assist them in fishing. People's ingenuity is also apparent in the remnants of a fish dam created in the Crawfish River in the immediate vicinity of the site. This feature would have made fishing significantly easier since it would "capture" or slow down fish, and it would also have made crossing the river a bit simpler. 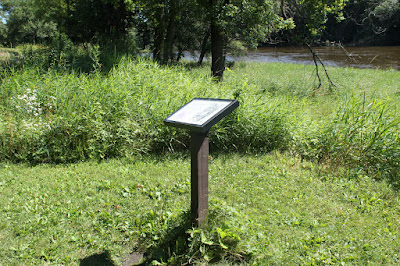 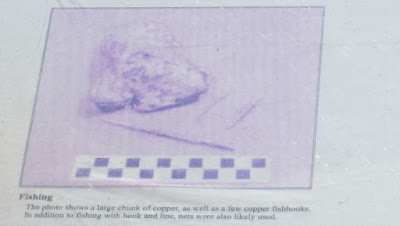 Fishing
The photo shows a large chunk of copper, as well as a few copper fishhooks. In addition to fishing with hook and line, nets were also likely used. 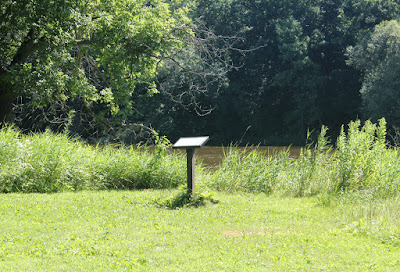