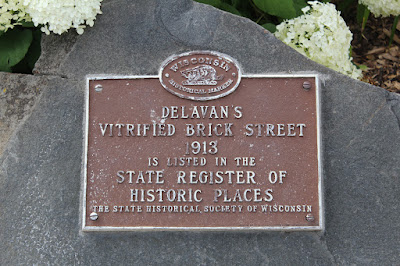 
In 1913, most roads in Walworth County were rutted dirt tracks, barely passable for most of the year. Street workers oiled urban streets like Walworth Avenue once a year, which served the dual purpose of keeping dust down and encouraging water runoff when it rained. Despite the oil treatment, Delavan's streets were miserable dusty or muddy messes. The fine dust rose off the street and settled in everywhere, and the mud was equally undesirable because carriages and horses frequently were stuck in it. Major streets suffered the greatest abuse due to heavy volume and the many wagons laden with goods. Merchants tired of the constant dust and mud covering their merchandise. In 1912, Mayor Daniel Le Bar led the charge to improve conditions along Walworth Avenue, the town's main thoroughfare, spearheading a community-wide assessment to improve this three-block portion.

At the time, brick paving was no more expensive than other methods of road paving like bituminous asphalt and reinforced concrete pavement. The entire three-block stretch of road cost $19,189.18. The vitrified brick used here, was a dense, durable and heavily fired clay, which was laid on top of compacted sand cushion that covered a concrete foundation layer. Skilled Italian immigrant laborers constructed Walworth's brick street over the course of two months, setting the bricks for the first block in just six days.

The brick street was important to residents of Delavan because it signified a switch from an agrarian service center to a modern community that embraced engineering and technology. Delevan's brick street survived almost totally unaltered for 83 years, until its continuous use necessitated a major reconstruction. In 1996, workers removed the brick and replaced the roadbed. The brick street was then re-laid reusing roughly one third of the original brick that miraculously survived over eight decades of hard use in good condition. The Wisconsin Department of Transportation funded the rehabilitation of this historic street through a special transportation enhancement grant. 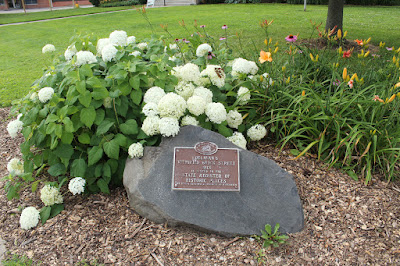 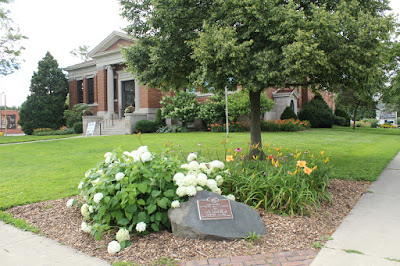 With the Aram Public Library in the background. 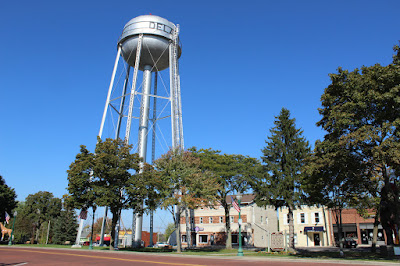 With the brick street visible at the base of the water tower. 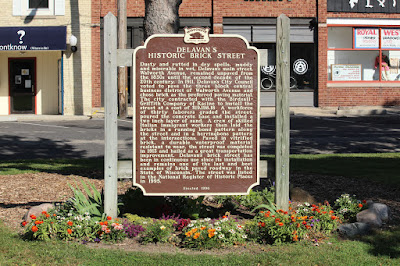 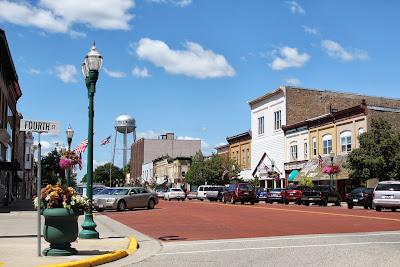 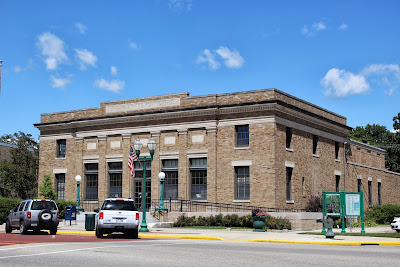 The vitrified brick street (visible to the left) begins / ends at the Delavan Post Office. 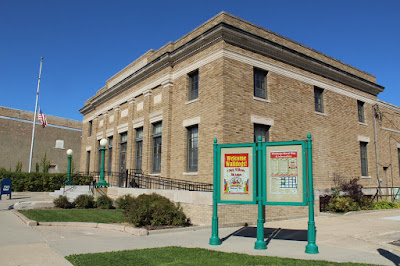 The Delavan Post Office is also listed on
the National Register of Historic Places: Wisconsin.