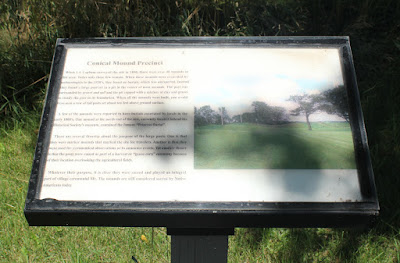 When I.A [sic] surveyed the site in 1850, there were over 40 mounds in this area. Today only these few remain. When these mounds were excavated by archaeologists in the 1920's they found no burials, which was unexpected. Instead they found a large post set in a pit in the center of most mounds. The post was surrounded by gravel and soil and the pit capped with a mixture of clay and gravel to steady the post in its foundation. When all the mounds were built, you would have seen a row of tall posts set about ten feet above ground surface.

A few of the mounds were reported to have burials excavated by locals in the early 1800's. One mound at the north end of the row, currently located behind the Historical Society's museum, contained the famous "Princess Burial".

There are several theories about the purpose of the large posts. One is that they were marker mounds that marked the site for travelers. Another is that they were used for astronomical observations or to announce events. Yet another theory is that the posts were raised as part of a harvest or "green corn" ceremony because of their location overlooking the agricultural fields.

Whatever their purpose, it is clear they were sacred and played an integral part of village ceremonial life. The mounds are still considered sacred by Native Americans today. 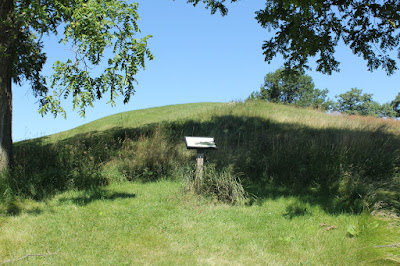 The small marker is visible in the distance,
between the two trees on the right. 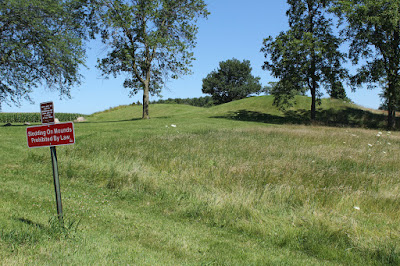 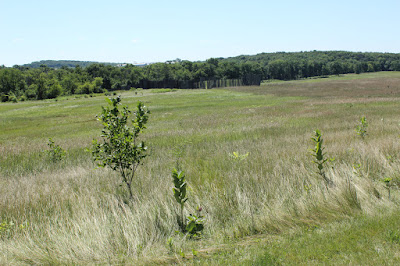 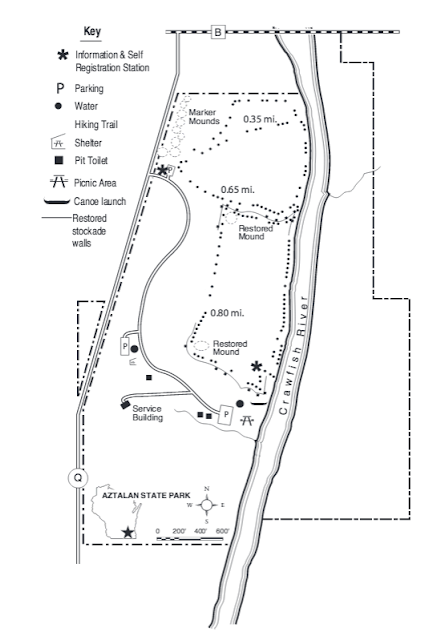 The marker is in the "Marker Mounds" area.

The visitor center was closed the day of my visit.