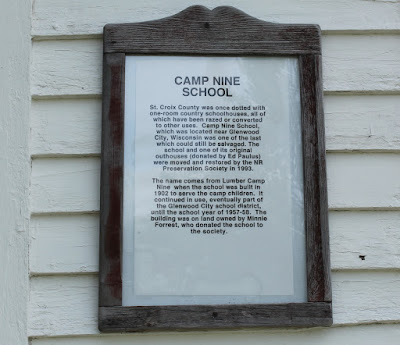 
St. Croix County was once dotted with
one-room country schoolhouses, all of
which have been razed or converted
to other uses. Camp Nine School,
which was located near Glenwood
City, Wisconsin was one of the last
which could still be salvaged. The
school and one of its original
outhouses (donated by Ed Paulus)
were moved and restored by the NR
Preservation Society in 1993.

The name comes from Lumber Camp
Nine when the school was built in
1902 to serve the camp children. It
continued in use, eventually part of
the Glenwood City school district,
until the school year of 1957-58. The
building was on land owned by Minnie
Forrest, who donated the school to
the society.


The Camp Nine School and marker are located at the New Richmond Heritage Center at 1100 Heritage Drive, New Richmond, Wisconsin 54017. 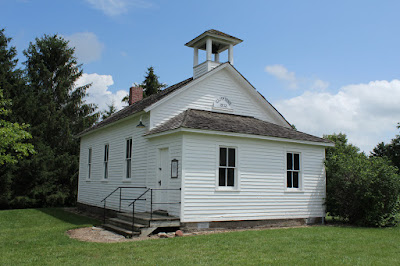 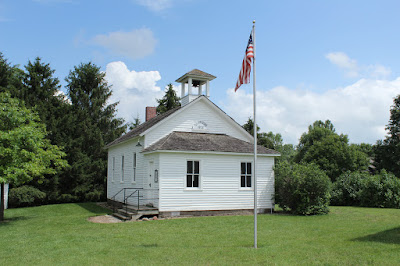