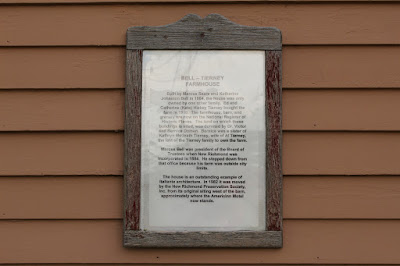 Built by Marcus Sears and Katherine
Johnson Bell in 1884, the house was only
owned by one other family. Ed and
Catherine (Kate) Hickey Tierney bought the
farm in 1910. The farmhouse, barn and
granary are now in the National Register of
Historic Places. The land on which these
buildings is sited, [sic] was donated by Dr. Victor
and Bernice Doman. Bernice was a sister of
Kathryn McGrath Tierney, wife of Al Tierney,
the last of the Tierney family to own the farm.

Marcus Bell was president of the Board of
Trustees when New Richmond was
incorporated in 1884. He stepped down from
that office because his farm was outside city
limits.

The house is an outstanding example of
Italianate architecture. In 1982 it was moved
by the New Richmond Preservation Society,
Inc. from its original siting west of the barn,
approximately where the AmericInn [sic] Motel
now stands.


The Bell-Tierney Farmhouse and marker are located at the New Richmond Heritage Center at 1100 Heritage Drive, New Richmond, Wisconsin 54017. 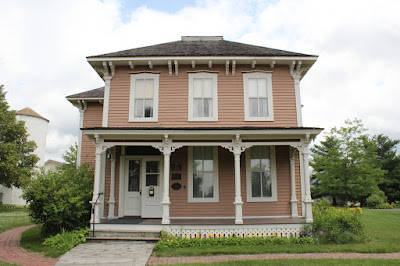 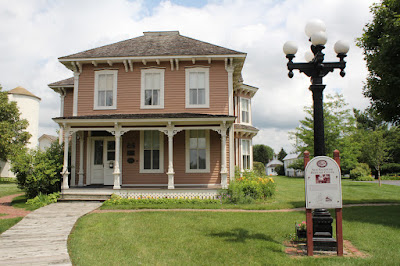 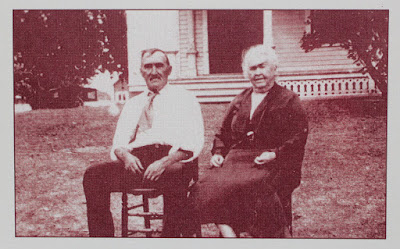 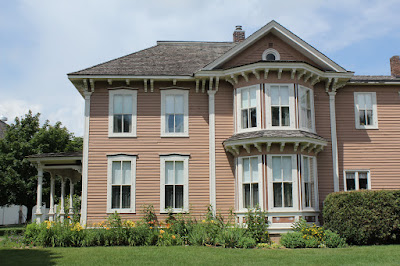 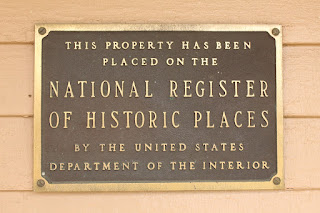 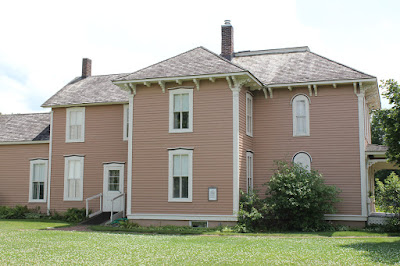 The north side of the building.