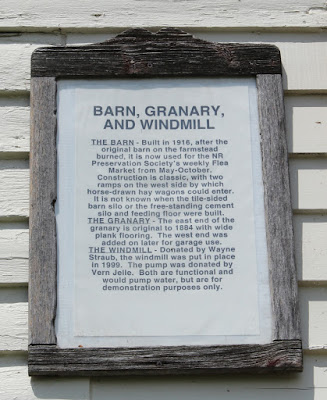 THE BARN - Built in 1918, after the
original barn on the farmstead
burned. It is now used for the NR
Preservation Society's weekly Flea
Market from May-October.
Construction is classic, with two
ramps on the west side by which
horse-drawn hay wagons could enter.
It is not known when the tile-sided
barn silo or the free-standing cement
silo and feeding floor were built
THE GRANARY - The east end of the
granary is original to 1884 with wide
plank flooring. The west end was
added on later for garage use.
THE WINDMILL - Donated by
Wayne Straub, the windmill was put in place
in 1999. The pump was donated by
Vern Jele. Both were functional and
would [sic] pump water, but are for
demonstration purposes only.


The Barn, Granary and Windmill and marker are located at the New Richmond Heritage Center at 1100 Heritage Drive, New Richmond, Wisconsin 54017. 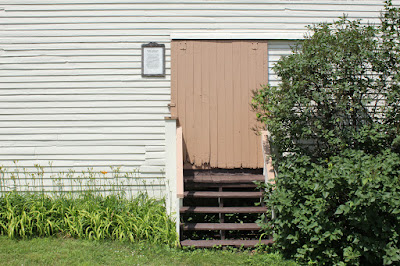 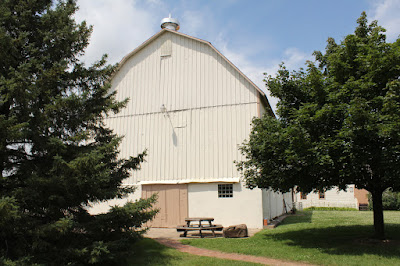 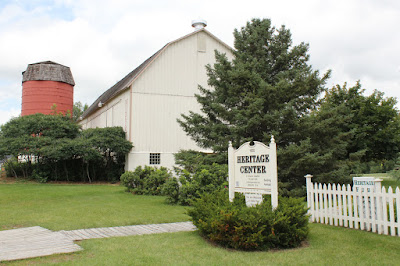 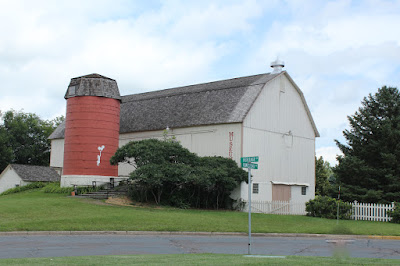 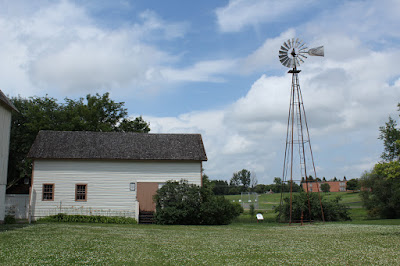 The referenced granary and windmill . . . 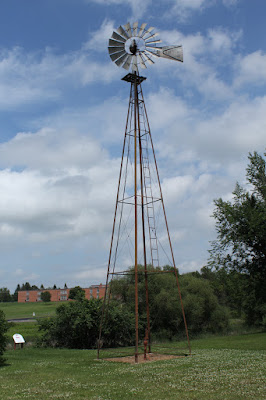