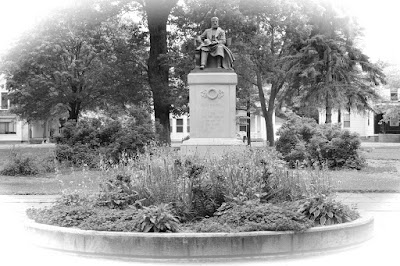 
The statue is located at the center of Randall Park, at the intersections of Broadway Street, 3rd Avenue, Niagara Street, and 4th Avenue, Eau Claire, Wisconsin 54703.

The Randall Park Neighborhood was named after Adin Randall. Adin (pronounced "AY-den") came to Eau Claire in 1855. Originally from New York, he arrived here from Madison, WI and became a land contractor, builder, and lumberman. He built a very early hotel, the Eau Claire House, operated a very early ferry and a very early sawmill, and built Eau Claire's first jail. He held a mortgage on much of the land around Randall Park and had that parcel platted as "Eau Claire City". In that way, he helped give the current city its name. The surrounding neighborhood was informally called "Randalltown" for years.

Although he was one of Eau Claire's first promoters and was involved in many ventures, Adin never got rich. The poor fellow died at 37, shockingly young even for the time, leaving a wife and six kids. Lumberman Orrin Ingram donated the land for the park, dedicated it to Randall, and paid for the statue, which has been there since 1913.

Today the Historic Randall Park Neighborhood is in the heart of Eau Claire, bordered by Half Moon Lake and 10th Avenue to the west, Fulton Street to the north, and the Chippewa River on the east and south. With over 25 buildings registered on the Local Landmark and National Register of Historic Places, this neighborhood has the largest number of historic points of interest within the city of Eau Claire. The Historic Randall Park Neighborhood values its history, its beautiful natural resources, and its diverse mix of residents, who enjoy the conveniences of shopping, dining and entertainment all within walking distance. It is no wonder so many people call it home. Come on over for a visit, we would love to have you! 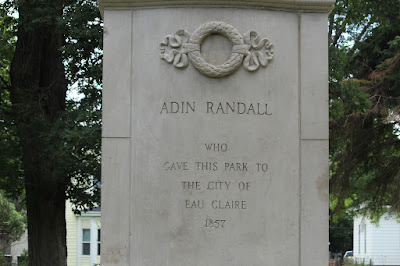 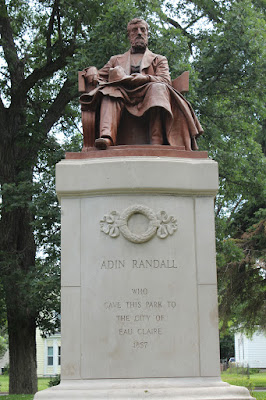 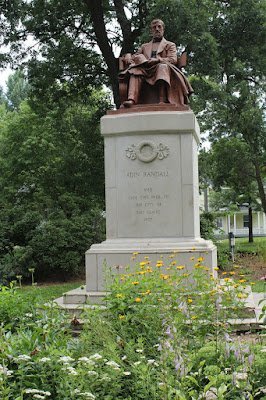 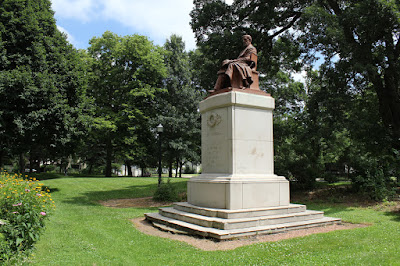 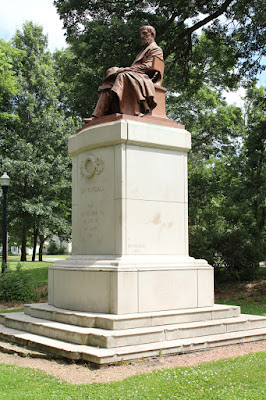 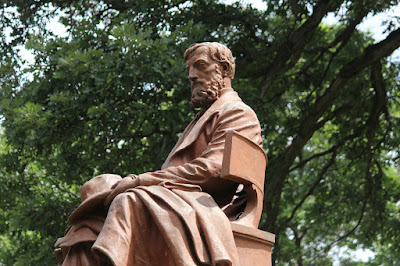