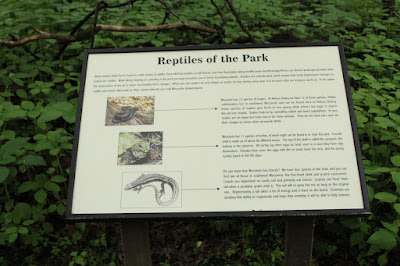 Reptiles of the Park

Nelson Dewey State Park is home to a wide variety of reptiles. From bluff-top to prairies, to oak forests, and river flood plains along the Wisconsin and Mississippi Rivers, our diverse landscape provides ideal habitat for reptiles. While hiking, boating, or canoeing in the park you may encounter one of these fascinating animals. Reptiles are cold-blooded, which means their body temperature changes as the temperature of the air or water surrounding them changes. When you see snakes on rock ledges or turtles on logs during sunny days it is because they are trying to warm up. In the winter reptiles and snakes hibernate as they cannot tolerate our cold Wisconsin temperatures.

Wisconsin has 21 species of snakes. At Nelson Dewey we have 12 of those species. Timber rattlesnakes live in southwest Wisconsin and can be found here at Nelson Dewey. Some species of snakes give birth to live young while others lag eggs in places like old tree stumps. Snakes help us by controlling rodent and inspect populations. In turn, snakes are an important food source for many animals. They do not have ears and use their tongue to sense what surrounds them.

Wisconsin has 11 species of turtles, of which eight can be found in or near the park. A turtle shell is made up of about 60 different bones. The top of the shell is called carapace, the bottom is the plastron. All turtles lay their eggs on land, most in a nest they have dug themselves. Females then cover the eggs with dirt or sand, leave the next, and the young turtles hatch in 60-90 days.

Do you know that Wisconsin has lizards? We have four species in the state and you can find two of those in southwest Wisconsin, the five-lined skink and prairie racerunner. Lizards are dependent on sandy soil and primarily eat insects. Lizards can "lose" their tail when a predator grabs onto it. The tail will re-grow but not as long as the original one. Regenerating a tail takes a lot of energy and is hard on the lizard. Scientists are studying this ability to regenerate and hope that someday it will be able to help humans. 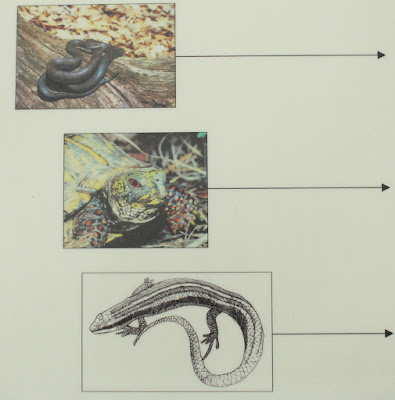 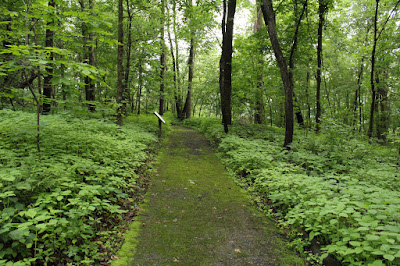