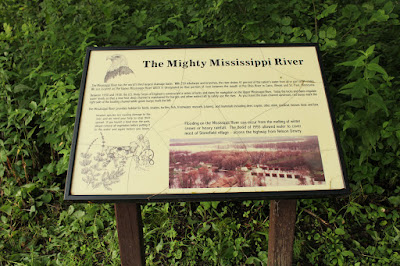 The Mississippi River has the world's third largest drainage basin. With 250 tributaries and branches, the river drains 41 percent of the nation's water from all or part of 21 states. We are located on the Upper Mississippi River which is designated as that portion of river between the mouth of the Ohio River in Cairo, Illinois and St. Paul, Minnesota.

Between 1930 and 1938, the U.S. Army Corps of Engineers constructed a series of locks and dams for navigation on the Upper Mississippi River. Today the locks and dams regulate water levels so that a nine foot deep channel is maintained for barges and other watercraft to safely use the river. As you travel the main channel upstream, red buoys mark the right side of the boating channel while green buoys mark the left.

Flooding on the Mississippi River can occur from the melting of winter snows or heavy rainfall. The flood of 1993 allowed water to cover most of Stonefield village -- across the highway from Nelson Dewey.

With a view of the Mississippi River in the distance. 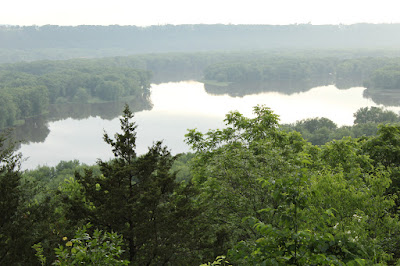 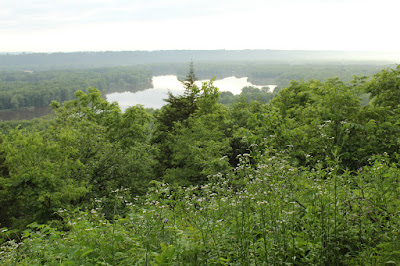 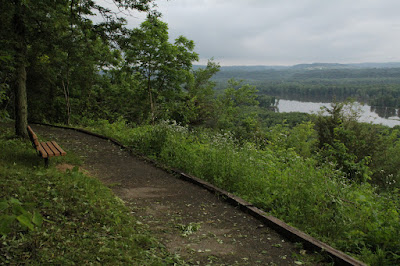 Invasive species are causing damage to the river and we need your help to stop their spread. If you launch a boat near the park, please remove all vegetation before putting it in the water and again before you leave.