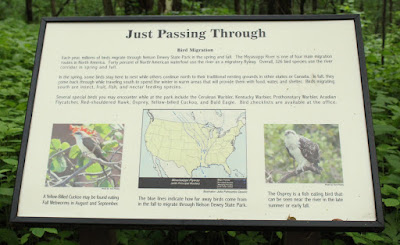 In the spring, some birds stay here to next while others continue north to their traditional nesting grounds in other states or Canada. In fall, they come back through while traveling south to spend the winter in warm areas that will provide them with food, water, and shelter. Birds migrating south are insect, fruit, fish, and nectar feeding species.

Several special birds you may encounter while at the park include the Cerulean Warbler, Kentucky Warbler, Prothonotary Warbler, Acadian Flycatcher, Red-shouldered Hawk, Osprey, Yellow-billed Cuckoo, and Bald Eagle. Bird checklists are available at the office. 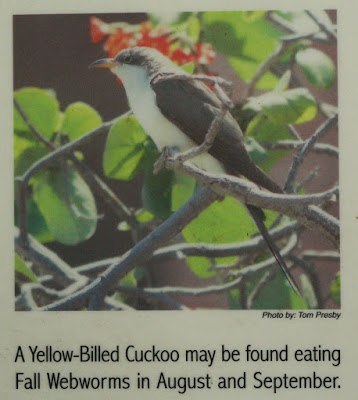 A Yellow-Billed [sic] Cuckoo may be found eating Fall Webworms in August and September.

The blue lines indicate how far away birds come from in the fall to migrate through Nelson Dewey State Park. 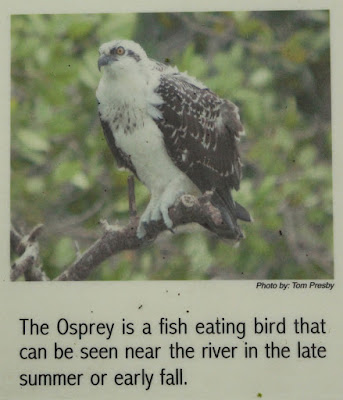 The Osprey is a fish eating [sic] bird that can be seen near the river in the late summer or early fall. 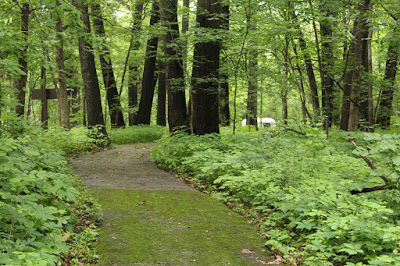 Looking back at the trail head, with my camper in the distance.