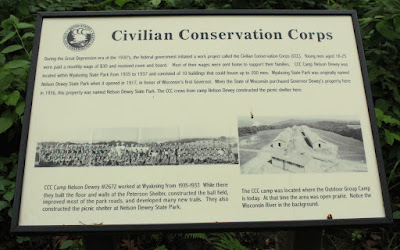 During the Great Depression ear of the 1930’s, the federal government initiated a work project called the Civilian Conservation Corps (CCC). Young men aged 18-25 were paid a monthly wage of $30 and received room and board. Most of their wages were sent home to support their families. CCC Camp Nelson Dewey was located within Wyalusing State Park from 1935 to 1937 and consisted of 10 buildings that could house up to 200 men. Wyalusing State Park was originally named Nelson Dewey State Park when it opened in 1912, in honor of Wisconsin’s first Governor. When the State of Wisconsin purchased Governor Dewey’s property here in 1936, this property was named Nelson Dewey State Park. The CCC crews from camp [sic] Nelson Dewey constructed the picnic shelter here. 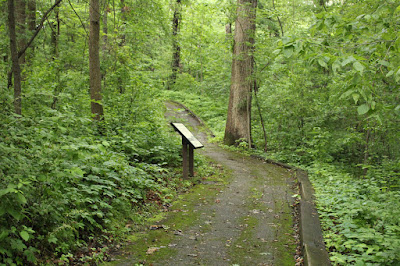 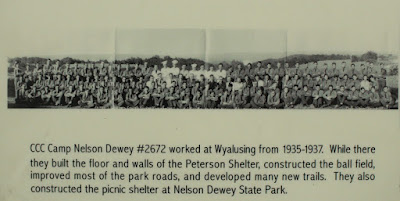 CCC Camp Nelson Dewey #2672 worked at Wyalusing from 1935-1037. While there they built the floor and walls of the Peterson Shelter, constructed the ball field, improved most of the park roads, and developed many new trails. They also constructed the picnic shelter at Nelson Dewey State Park. 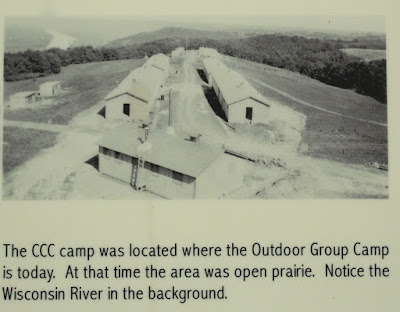 The CCC camp was located where the Outdoor Group Camp is today. At that time the area was open prairie. Notice the Wisconsin River in the background.