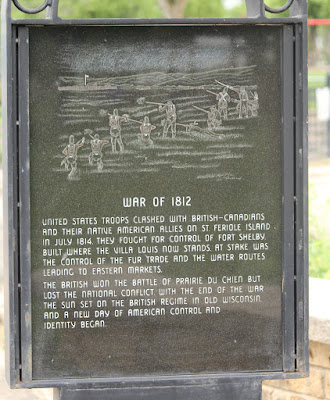 United States troops clashed with British-Canadians and their Native American allies on St. Feriole Island in July 1814. They fought for control of Fort Shelby. Built where the Villa Louis now stands. At stake was the control of the fur trade and the water routes leading to eastern markets.

The British won the battle of Prairie du Chien but lost the national conflict. With the end of the war the sun set on the British regime in old Wisconsin and a new day of American control and identity began. 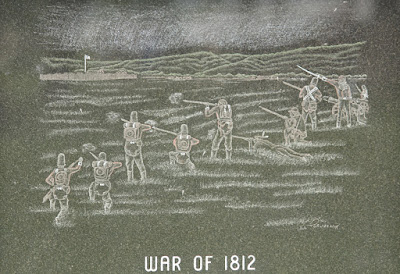 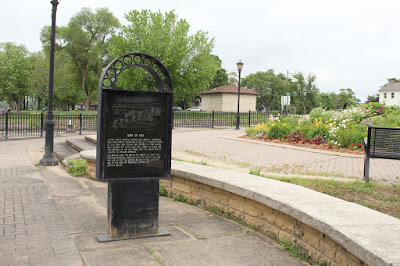 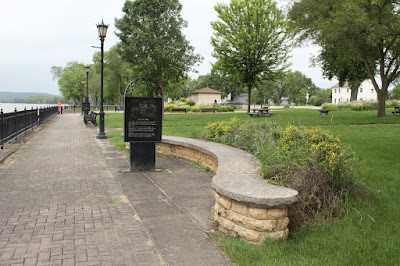 Looking north, with the Mississippi River to the left. 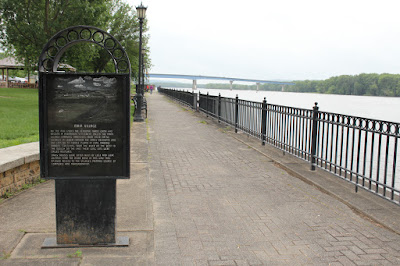 Looking south along the Mississippi River.