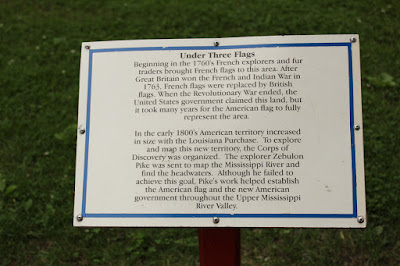 Under Three Flags
Beginning in the 1760's French explorers and fur
traders brought French flags to this area. After
Great Britain won the French and Indian War in
1763. French flags were replaced by British
flags. When the Revolutionary War ended, the
United States government claimed this land, but
it took many years for the American flag to fully
represent this area.

In the early 1800's American territory increased
in size with the Louisiana Purchase. To explore
and map this new territory, the Corps of
Discovery was organized. The explorer Zebulon
Pike was sent to map the Mississippi River and
find the headwaters. Although he failed to
achieve the goal. Pike's work helped establish
the American flag and the new American
government throughout the Upper Mississippi
River Valley. 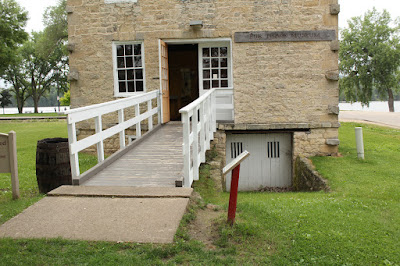 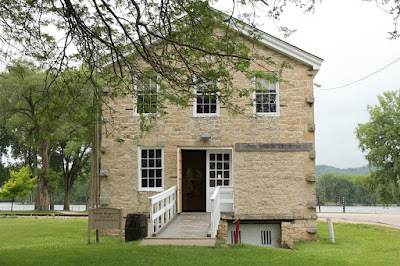 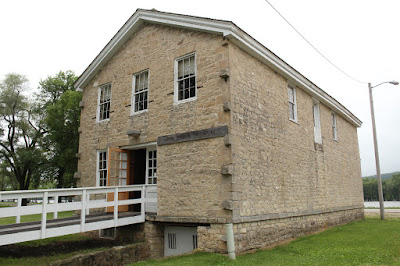 The east and north side of the building . . . 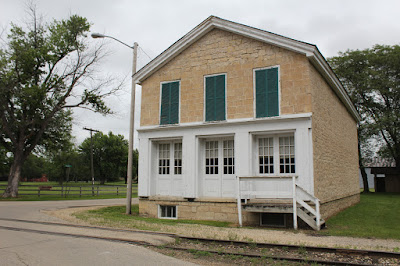 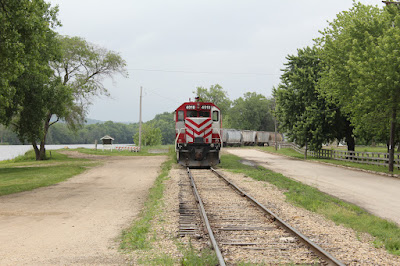 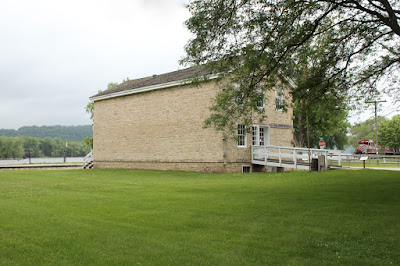 With the Mississippi River visible in the background.
The marker is located in Prairie du Chein, Wisconsin.