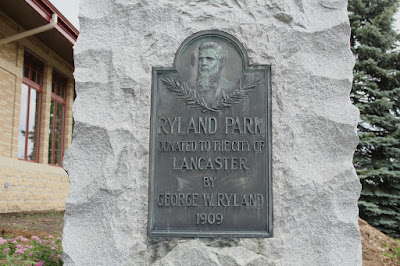 RYLAND PARK
Donated to the City of
Lancaster
by
George W. Ryland
1909


The marker is located at Ryland Park, on the southeast side of Schreiner Memorial Library, and is accessible from the northwest corner of the intersection of North Madison Street and West Elm Street / East Elm Street, at or near 113 West Elm Street, Lancaster, Wisconsin 53813.

George Washington Ryland (December 19, 1827 – July 4, 1910) was a Wisconsin politician. He was born in Maryland in 1827, and moved to Lancaster, Wisconsin in 1853, where, in 1873, he opened a banking partnership. He served in the Wisconsin State Senate as a Republican from 1880 until 1883. From 1887 until 1891, he served as the 15th Lieutenant Governor of Wisconsin under Governors Jeremiah Rusk and William Hoard. After he left office, he retired in Lancaster, where he died in 1910. 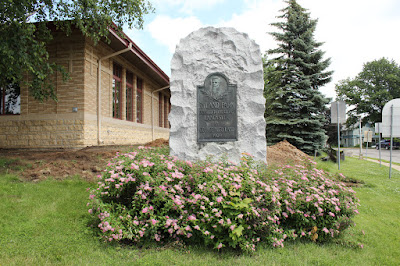 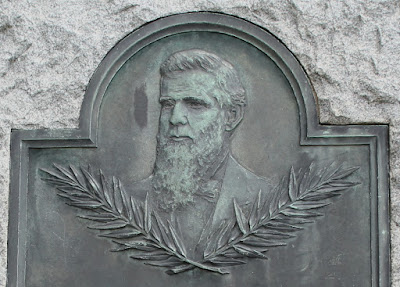 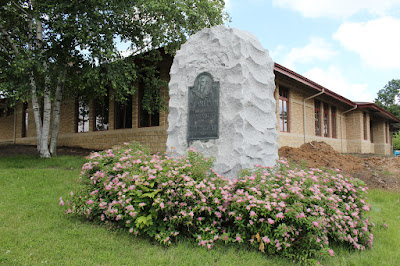 With the Schreiner Memorial Library in the background.
The memorial is located in Lancaster, Wisconsin.